What we can learn from the Soulistic Music Artist debate

Something is going on at Soulistic Music. 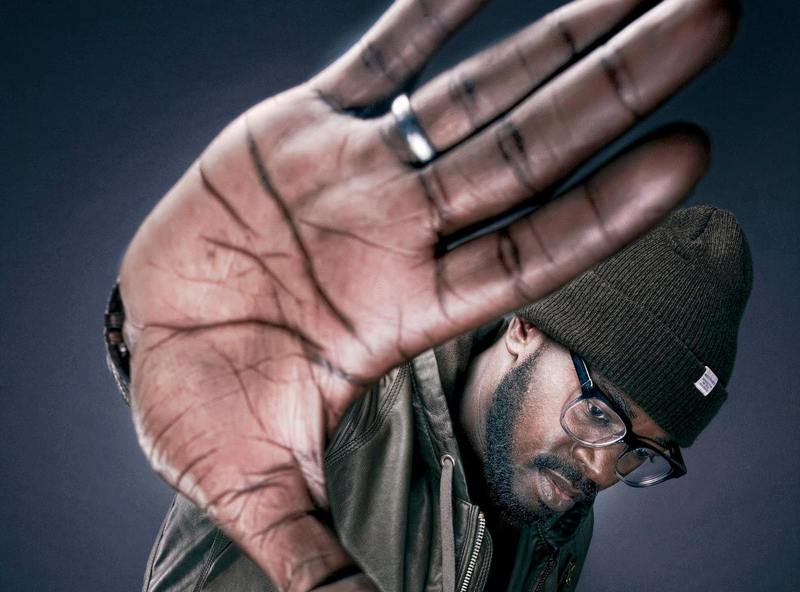 You may have seen the articles, RT’d the tweets and debated about it in the comment sections.

While industry professionals, the media and the folks at Red Bull were recently celebrating 10 years of DJ Black Coffee and rightfully so – the man has done brilliantly well and is without doubt South Africa’s single biggest dance music export, were his label mates sharing in the jovial spirit?

This probably came as a shock to some as Da Capo’s move to Soulistic placed him right under the wing of one of South Africa’s biggest music exports, a position most, if not everyone, would die for.

However the reports state that once the ink had dried on the dotted line, Da Capo’s career seemed to nose dive rather than ascend. Of course the publication that gave us this story is not exactly the pillar of journalistic integrity, however there is some merit to their argument.

Da Capo hasn’t been top of mind since perhaps his 2015 release, “Inner Light”… and in the court of public opinion he seems to have fared better when he was associated with American based DJ, Nick Holder and with Soul Candi.

We also ran with the story on Da Capo being unhappy and while it was more conjecture than hard fact it did get us to think a bit more about what may be going on at Soulistic Music because they remain tight lipped most of the time.

Because the two most involved parties, Da Capo and Soulistic are yet to make an official statement on the claims but Black Coffee as well as his former ‘padwan’, Culoe De Song, have both voiced their sentiments on the matter. Culoe broke the silence by backing his mentor in a series of tweets that explained how Coffee had always been there for him and “ask yourself why people are so comfortable to feed you certain information.”

If Coffee was truly selfish, I wouldn’t be touring the world today.

It’s quite sad that I’ve lost people I considered friends…..

Black Coffee however has given a more encrypted response to what’s happening. In a handful of tweets he thanked Culoe for being the only one to speak out and lamented over how those who he considered friends opted to not speak up and tell the truth.

Because they couldn’t speak out the truth.

But why didn’t they [the artists] all come out in unanimous support of Soulistic and Black Coffee?

In truth, if the friends he is speaking of are his label mates, where are they now?

Sai & Ribatone are yet to release a project since their 2012 debut ‘Here & Now’, Boddhi Satva’s ‘Invocation,’ released under Soulistic went largely unnoticed. Soulstar has been penning hits but we’re yet to get a single of his own let alone an album.

Who knew DJ Kabila had dropped an album?

What happened to the much talked about Bang Bang duo by Black Coffee & Culoe De Song? Why did Maleh spend less time at the label than Van Rooyen as finance minister?

Why did it take Thiwe going independent for us to finally get a full length album from her? 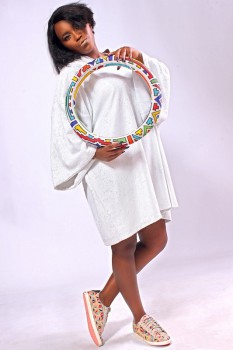 How could Shimza, unequivocally the most promising young talent since Culoe, not even manage to attain a plaque with his debut album yet he has consistently sold out stadiums single handily?

The questions are many. The answers, few and far between.

Our endeavour however is not to nitpick at the shortcomings of Soulistic nor Black Coffee.

We’re big fans of the superstar DJ/Producer and took the time to write what is probably the most comprehensive review of his Pieces of Me album. Do a quick search of our pages and you will find dozens upon dozens of positive stories about the head honcho at Soulistic music.

But every organisation has its own set of challenges, it’s the very nature of how business works.

For us it offers a unique chance to offer some good advice.

Whether Soulistic is handing its artists the short end of the stick we simply don’t know. However business is business and even if your biggest idol is the one running it, they’re still running an enterprise. Most artists are a gamble.

The nature of the music industry makes it rather difficult to know who will be a major success in the real world and with finite resources, labels would rather bet on the sure horse. The onus then falls on you, the new signee to do whatever you physically can to generate hype and interest around your work.

Contrary to popular belief, you do all the work not the label. So if you’re looking to get signed any time soon, remember, it’s not a free ride to stardom.

Your idol becomes your boss 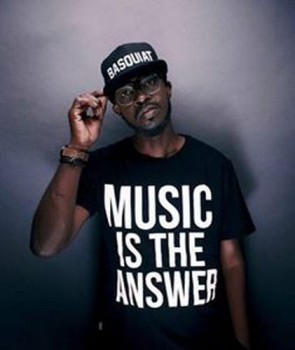 You’d be hard pressed to find an unsigned house DJ or producer who wouldn’t want to be signed under Black Coffee and by extension to Soulistic Music.

There are no prizes for guessing why.

And yet that’s the biggest mistake to make because you’re not signing to Black Coffee, you’re signing to Soulistic. There’s a difference and a big one at that. It is imperative to understand that the business entity, that so happens to be owned by your idol, will most probably function notably different from anything you can imagine. In fact don’t be surprised if you don’t get to even see your idol post signing on the dotted line.

Now we’re not saying you shouldn’t sign with Soulistic if you’re on their radar.

This type of advice could and should apply to any label or management team one signs with.

But think carefully if signing to the artist you look up to is still what you really want to do. Do yourself a favour and ask about the business the same way you’d get information about working for a bank or a major corporate.

Find out how they’re performing outside of the public eye. Is the company doing well? Have they had a successful run beyond their most popular acts? What do their contracts look like?

Don’t be afraid to ask the tough questions because even if you don’t sign to your idol’s label, the industry is small enough for you to eventually interact at some point and get the mentorship you’ve been so dearly seeking, even if you were signed elsewhere.

Black Coffee is a good guy and has an amazing track record for getting involved with uplifting communities in the past. He is without doubt an inspiration to many.

Why do you want to be signed for in the first place?

With the lay of the land in 2016, chances are the reason you’re being approached to sign [by any label] is because you’ve already have some sort of buzz around you. If that’s the case, then you’ve already demonstrated to yourself and others that you possess the prowess to not only make quality music, but market yourself while you’re at it. 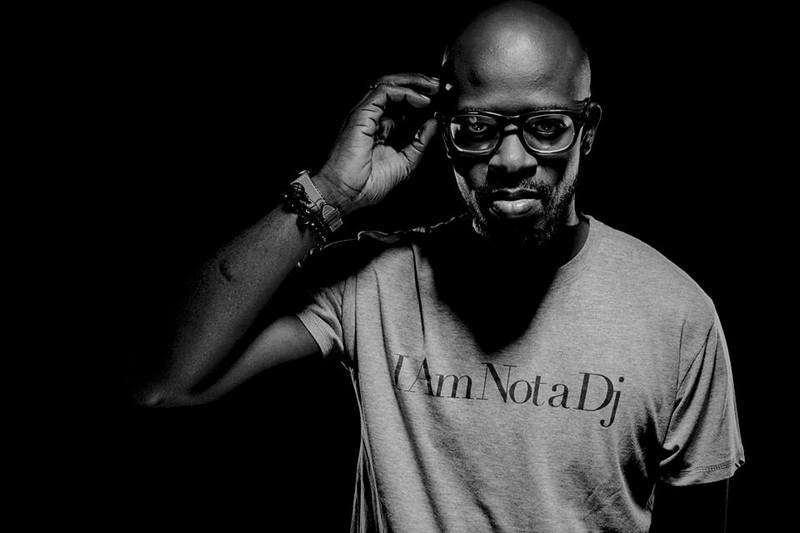 So then what does the label offer?

Well connections for one and resources second.

It’s a fair guess that Soulistic signees would have first dibs at renowned overseas events at places like Djoon or in Ibiza ahead of any other South African artist. And while music making is all fair and fine, quality mastering takes good equipment and money you probably don’t have. Beyond that comes mass marketing and distribution.

These are all elements of the product chain that the average rising artist tends to either not have access to or the ability to execute the way an established label would. Soulistic certainly should have this all covered. 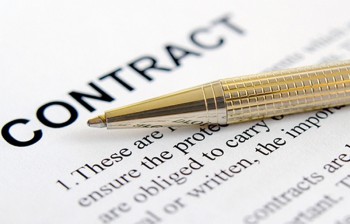 But the digital age though has reduced the cost of most of the things above.

A well thought out marketing campaign at times can get you twice the reach of traditional advertising for a fraction of the price and online distribution has become more accessible than ever.

The business connections though?

That will take a little more elbow grease but the fact still remains there’s a lot more you can do for yourself compared to 20 years ago.

Radio also seems to still be regarded as the holy grail in South Africa and for this you’ll need strong representation to be heard. Soulistic have at times had an up and down relationship with some broadcasters.

At the end of the day what’s crucial is to ask why you want to sign, what you need from the deal and how you plan to add value to the deal.

Without having an honest conversation about this with yourself, you’re bound to find yourself in sticky situations that may have been avoided.

We’ll probably never know if Soulistic is truly as bad as media sometimes claims. We think probably not. But until artists take a more vested interest in their business affairs beyond the mixing desk, signals will continue to be crossed and bridges will be burned.