SA DJs Black Coffee, DJ Fresh & Euphonik have been ‘larging it’ in Miami with none other than P Diddy. 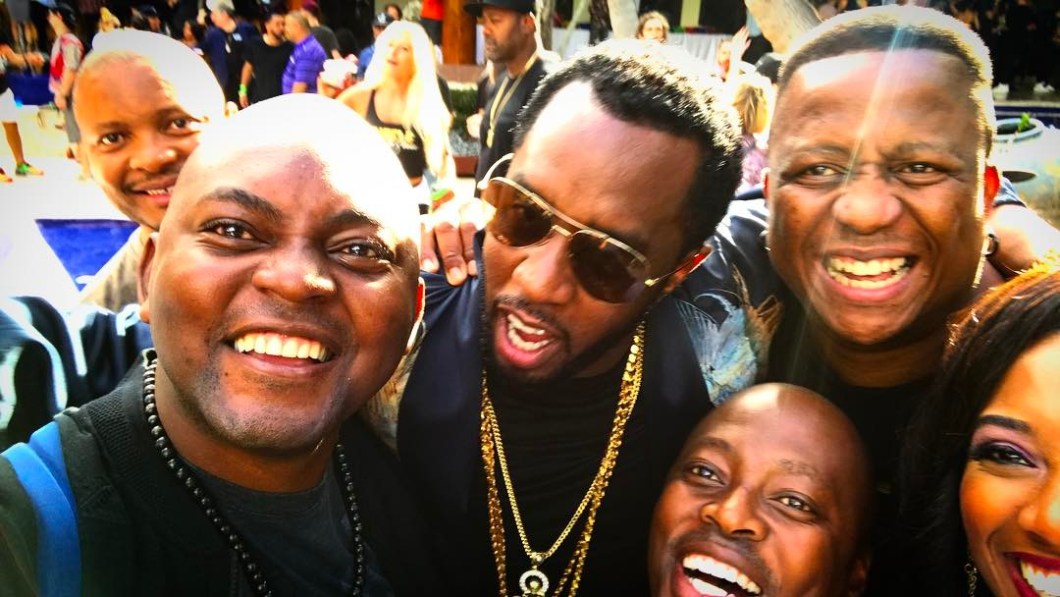 It’s not secret P Diddy is a huge fan of Black Coffee. Back in 2014 we reported that P Diddy was waiting backstage at a Black Coffee gig in Ibiza specifically to meet him.

But not to miss out on rubbing shoulders with the hip hop mogul DJ Fresh & Euphonik seem to have jumped onto the bandwagon too.

Black Coffee has had his names in the headlines lately for collaborating with P Diddy and hip hop’s favourite sentimentalist, Drake. A remix of Black Coffee’s ‘Get It Together’ featuring Jorja is featured on Drake’s recent mixtape titled ‘More Life’.

The pride that you feel in recognition of local musical talent by someone so successful in American hip hop, makes you want to bump that jam even louder than you might have before. Black Coffee is busy blazing trails for other South African artists and it appears as though local music is on the precipice of building a worldwide mainstream platform that sees SA music on par with Europe and North America.

Now we are seeing images popping up of Black Coffee hanging out with P Diddy along with DJ Fresh who is oft not long followed by Euphonik. The pair of them are practically inseparable; these days you can’t say one of their names without mentioning the other and they have proven to have an adorable bromance.

This past weekend they were all out in Miami appearing to have a good old time. P Diddy is well known for throwing some of the best party blow outs so one can only imagine how much fun they were getting up to.

SA DJs DJ Fresh and Euphonik shared these images to social media to everyone’s delight back home.  DJ Fresh has also shared various pictures of himself, Fistaz Mixwell and P.Diddy at Ultra Miami 2017.

Euphonik also highlights the fact that Black Coffee’s ability to manage global crossover has opened doors for all South African DJs and performers. The world seems to be waking up to our original flair for music and is lapping it up in spades.

We can think of several awesome SA DJs that could do well in the USA… Black Coffee, yes…. DJ Fresh and Euphonik…. maybe not!!!