Bridges for Music virtual fundraiser on Zwift hosts over 700 cyclists

Over 700 cyclists joined the Bridges for Music virtual fundraiser on Zwift and another 100K watched the live stream to support education in underserved communities. 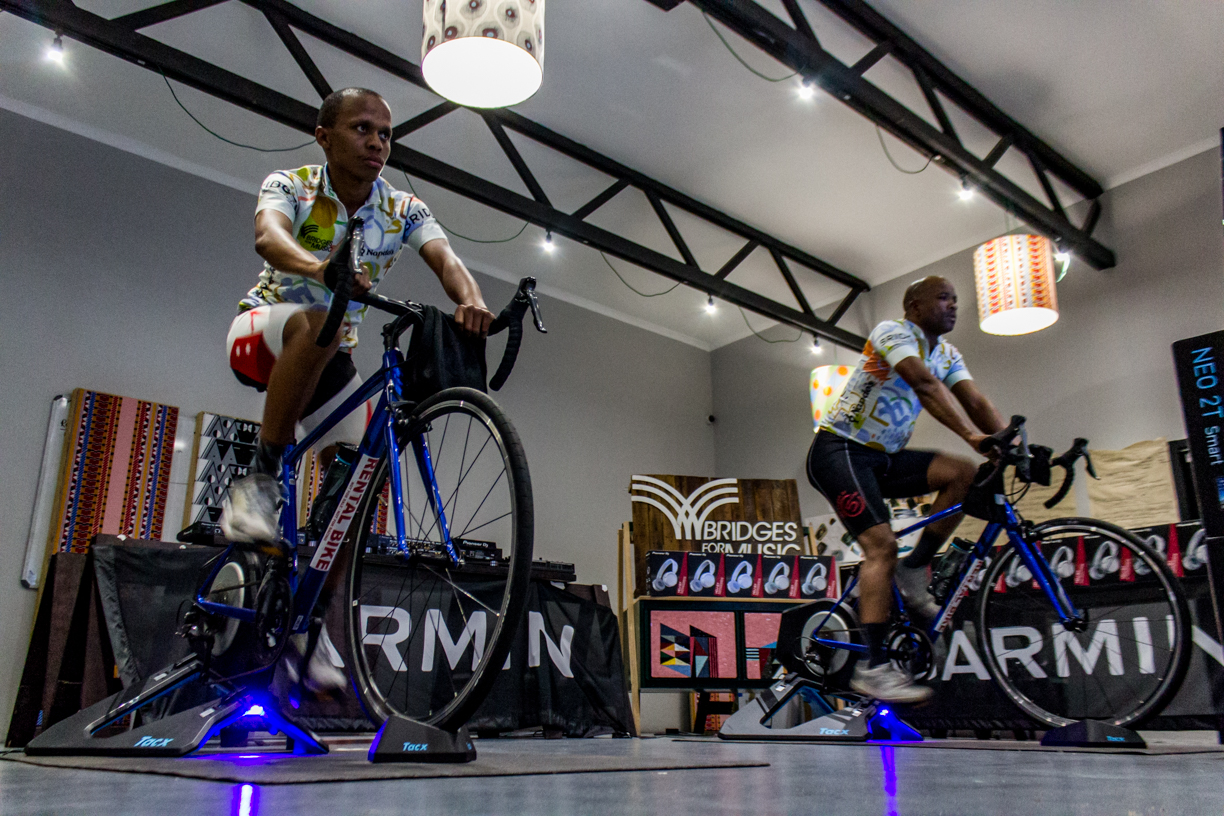 All proceeds were raised to support students and artists in underserved communities hit by Covid–19 in South Africa at the Bridges Academy.

On Wednesday, 21st October, the Annual Bridges for Music charity cycle event, which is one of the focal points of the annual Amsterdam Dance Event (ADE) conference, gathered the best DJs and music celebrities to raise funds for education in underserved communities in South Africa.

This year in order to adapt to the COVID 19 restrictions the event moved online, using virtual cycling App Zwift to connect over 700 riders from all different corners of the world, including some riding from locations like legendary clubs  Ministry of Sound or Watergate, for an 8-hour cycling marathon.

The event was live-streamed to over 100,000 people via Beatport’s Twitch account and social media channels and raised to date EUR 20,000 (R400,000) for the Bridges Academy in Langa, where some of the students could also connect and ride virtually.

This event was made possible by generous support from Pioneer DJ and the contributions from Beatport, Garmin, and Tacx.

100% of proceeds from the Bridges for Music virtual fundraiser will go to the cause, they say.

You can still donate here.