The annual Bridges for Music charity cycle event held in partnership with Amsterdam Dance Event will be an 8 hour virtual fundraiser this year.

Proceeds from the Bridges for Music charity cycle fundraiser are used to support students and artists in underserved communities in South Africa.

The event will be streamed live on Beatport.

The Annual Bridges for Music charity cycle event is a tradition for Bridges for Music, Beatport and Pioneer DJ, and one of the focal points of the annual Amsterdam Dance Event (ADE) conference. 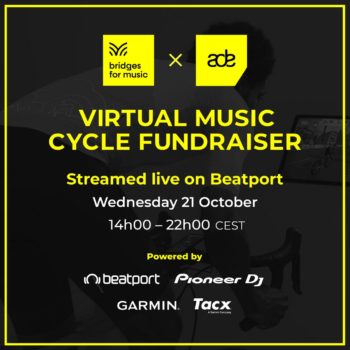 Some of the world’s top DJs, music executives, promoters, and other industry figures will cycle on Tacx Neo Smart Trainers with the latest Garmin computers, Garmin Edge 1030 Plus.

They will be installed in some of the world’s most iconic music venues around the world, including Watergate (Berlin), Ministry of Sound (London), the ADE Headquarters at the Felix Meritis (Amsterdam), the Bridges Academy in Langa (Cape Town) and Los Angeles to participate in an 8-hour virtual relay race.

With DJ guest sets from some of South Africa’s hottest names Themba and Lady Z as well as other international guests.

How it will work

The venues and riders will be connected through the virtual cycling app Zwift to complete an 8 hour cycling relay (2PM to 10PM CEST  / 9AM PDT onwards) via a unique stream that will be powered by Beatport.

Previous years’ events funded the construction and operations of the Bridges Academy, an incredible creative school in the township of Langa. 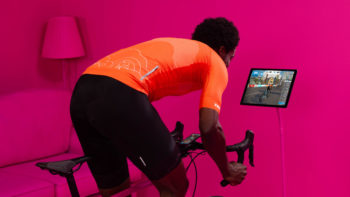 The fundraiser is sponsored by Pioneer DJ.

The annual charity ride is always a favourite of attendees of ADE, which draws thousands from the global dance music community for its annual conference.

The entire 8-hour event will be broadcast on Beatport’s Twitch channel as well as the store’s homepage and will include real time tracking of riders and special performances from some of the most renowned DJs in the world.

“Our community is always looking for ways to give back and even though we can’t gather physically this year in Amsterdam, we felt it was important to get creative and raise funds for this very important cause,” said Ed Hill, VP, Media Group, Beatport.

“This virtual 8-hour bike ride reflects the enthusiasm that our community of DJs, label execs, promoters and others maintain, even as we face such a challenging time.”

Dance music fans who want to ride with their DJs from their own home can follow along via their Zwift account and a smart turbo trainer or via www.cycleformusic.com or through the Zwift App.

Just choose the artist you want to ride with on the Zwift App and share the fundraising page link to help raise funds for South African students .