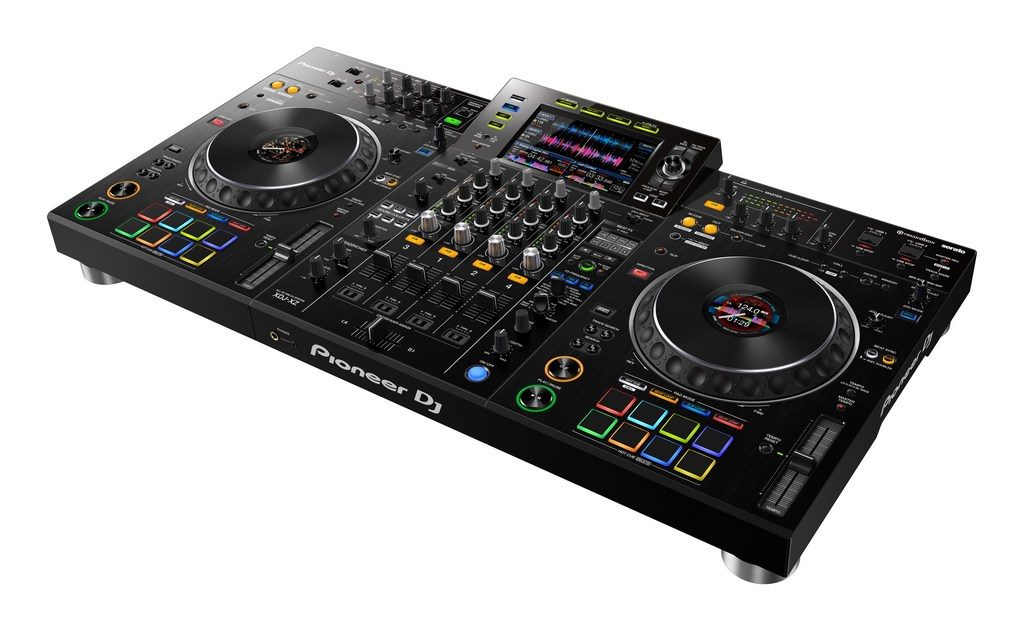 We recently saw the release of the new Pioneer DJ DDJ-XP2 FX pad system, which was designed for operation in both Serato and Rekordbox.

For years, both companies were fighting over their share of the DJ market – which often led to hardware companies having to release multiple units to ensure compatibility across the board.

So it’s great news to see that finally they’re on the same page and working together to create a product to benefit everyone – and this time it’s a full-on DJ workstation, not just an FX addon.

The unit is also capable of functioning as a standalone system, simply plug in a USB drive and you’re good to go.

The displays on the new Pioneer DJ XDJ-XZ’s jog-wheels and centre display are all high-resolution, the centre display gives you access to track browsing, settings, utilities and gives you parallel waveforms to line up visually.

The jog-wheel displays have a needle which shows the current playback position and last cue point.

The new Pioneer DJ XDJ-XZ features an effects section inherited from the Pioneer NXS2 range, the beat FX time divisions are accessible via a touchpad, which automatically enables the effect when you hold it down – this is great for quickly changing the division of effects on-the-fly.

Like the effects on the NXS2, you can choose which frequency range to apply the effects too.

The new system is set to retail at USD $2299 (Around R35k excl. duties), for more information check out the Pioneer website here.