The Pioneer DJ DDJ-XP2 is the evolution of both the DDJ-SP1 and the DDJ-XP1, offering plug-and-play with Serato and Rekordbox. 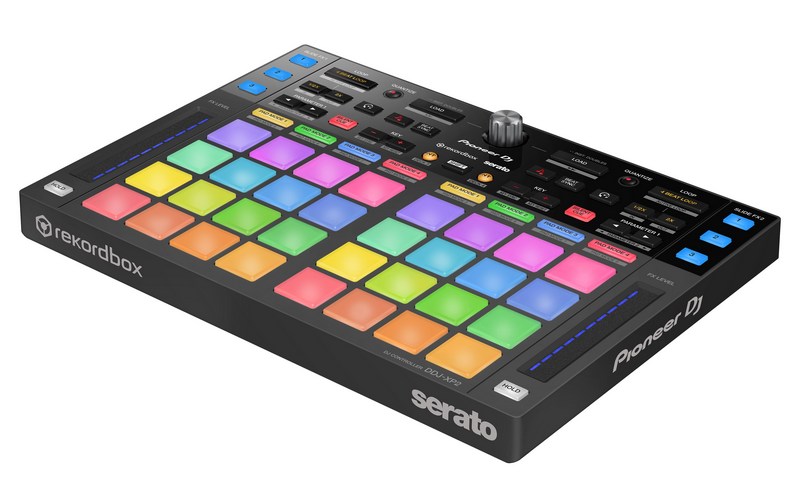 While the DDJ-XP1 was capable of being MIDI mapped to Serato, you did miss out on some of the more advanced and intuitive features.

Another major difference between the two controllers was the number of pads, the DDJ-SP1 only featured a total of eight pads per deck, which made certain functions a bit limited.

The new Pioneer DJ DDJ-XP2 features 16 pads per deck, which allows simultaneous control over several of the simpler performance effects, but also greatly expands the capabilities of stuff like Serato’s Pitch Play.

You also have the ability to assign  different pad modes per deck, so you can for example trigger hot cues and samples on one deck, while playing a melody on the other using Serato’s Pitch Play. 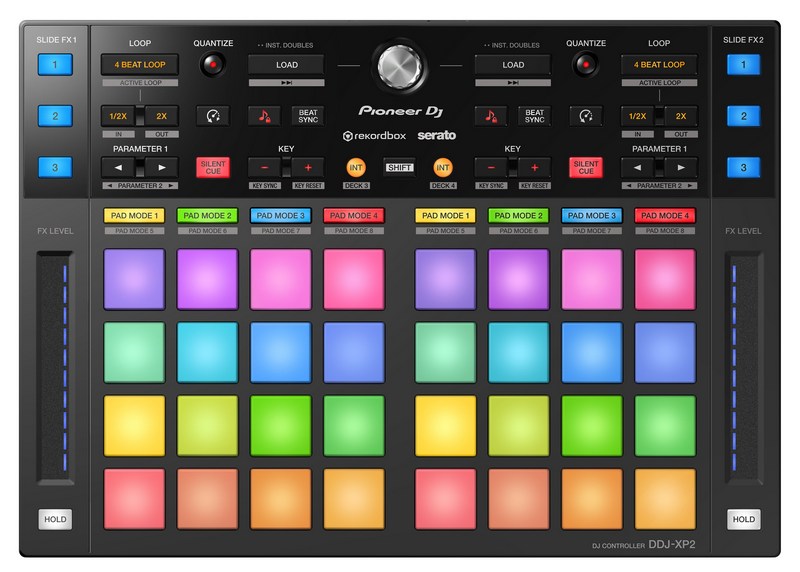 Silent Cue is a new feature in Serato which automatically mutes and enables a track as you trigger a cue, a super intuitive way of getting a clean cue drop.

The original Pioneer DJ DDJ-XP1 had a Touchstrip along each side of the controller for manipulating the effects within Rekordbox, however the DDJ-SP1 didn’t have it. So, the Slide FX on the new Pioneer DJ DDJ-XP2 are certainly a welcomed addition for the Serato users.

The controller is powered by USB, so no extra cables are needed, it comes with a Rekordbox DJ and Rekordbox DVS license, so you don’t have to buy any additional software to use it.

For more information check out the Pioneer website here