The world’s highest DJ set has been played says Guinness

Genix claimed the title after playing a 25-minute b2b set with Ian Kerr at Everest Base Camp. 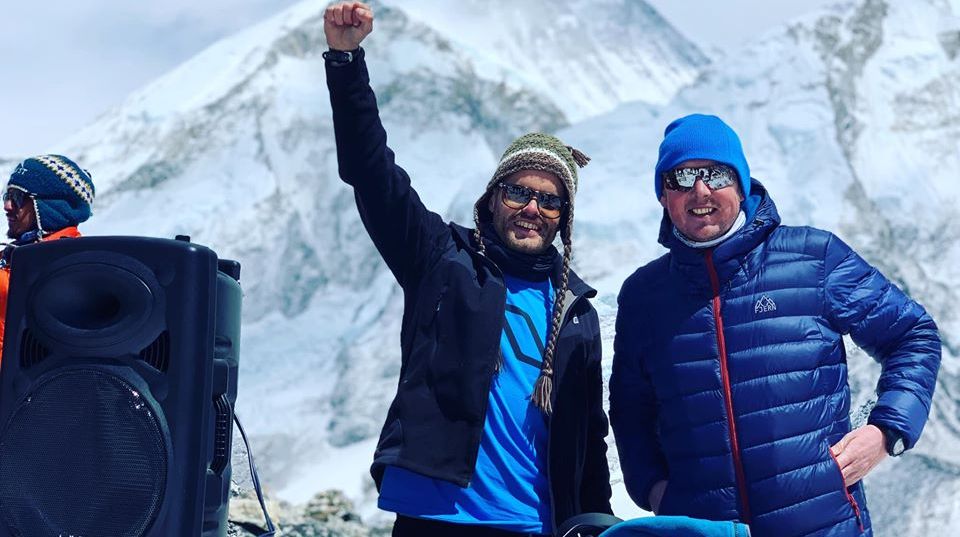 The Anjunabeats affiliate took to social media to share his joy with his fans.

He first set his sights on this illustrious record back in March, when the record in question was held by Chhewang Sherpa of Nepal, who had played a set at 5,416m altitude.

A mere week after that announcement, Genix and Ian Kerr casually made the trek to Mount Everest, where they played a 25-minute b2b set with the spectacular Kala Patter viewpoint behind them.

Chasing world records may sound like an ambitious feat, but it’s kind of what he does. In 2005, Genix held the world record for the longest DJ set played at 84 hours. That record has since been SMASHED by Nigeria’s DJ Obi and his phenomenal 240-hour long set in 2016.

Either way, Genix deserves congratulations for not only pumping out records, but smashing world records.

If you want to catch this record holder in action, he’ll be performing at Manchester’s Warehouse Project for the Anjunabeats later this month.

Also keep an ear out for his upcoming track ‘Zuul (Original Mix) ‘or Anjunabeats Worldwide 09- which he mixed. Both are slated for release on December 13.

Watch the set that got Genix and Ian Kerr the world’s highest DJ set record, on Mount Everest.