Usher seems to have some misconceptions about what music from [South] Africa should sound like. 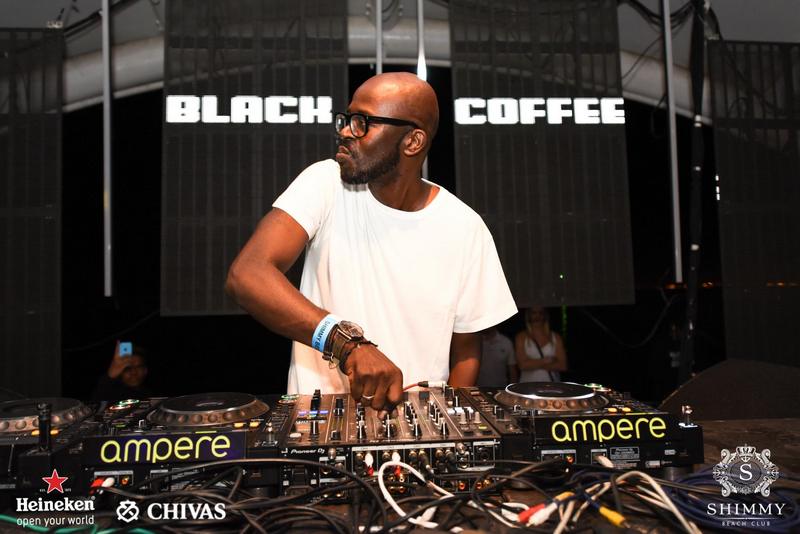 Electronic music producer Nkosinathi ‘Black Coffee’ Maphumulo recently voyaged to America to play gigs, including Miami Music Week. He brought the heat to Miami and even P. Diddy was blown away.

During his stint in the US of A he was approached by the management for American R n B artist, Usher to work on a track with the American superstar. Usher was enthralled with the idea of an ‘African vibe’ and thought that Black Coffee had the sound.

However, when Black Coffee presented his team with a track, Usher felt the song too modern and not African enough.

We guess people still have a very close minded perception about what ‘African’ is.

They think bongos and lions, living in huts and riding elephants to school.

As Black Coffee remarks, “we’re not in the jungle right now, Africa is different”. Africa is a melting pot of culture and sound, rhythmic and sexy. Africa is evolving so much yet will always keep her roots.

It appears that Usher wanted the classic tribal vocals and animal sounds.

The soundtrack to Lion King?

When it comes to music, all artists have a clear vision for where they want a song to go so collaborating can be a challenge.

We all know how brilliant and fully African Black Coffee is. If you listen to his music you can hear the beat of the African drum course through his sound mixed with sexy electronica. It’s a beautiful reflection of where Africa currently is as well as what the future sounds like.

A collaboration between Usher and Black Coffee would have boosted South Africa but it’s admirable that he didn’t get bossed around and budge.

He doesn’t have a problem with the more stereotypical ‘African’ sound but feels that he will use it when it fits right and this was not the case.

All we can say is: Carry on waking up people all over the world with your delicious roasted sound, Black Coffee. Usher has lost out in our opinion.

WATCH: Black Coffee will not be bossed around, not even by Usher.  🇿🇦 pic.twitter.com/u4X0erdURu