Shimza hands out 400 pairs of shoes to schoolkids in need

DJ Shimza has remained active throughout lockdown and as usual, he’s one of the guys who is always giving something back to his community. 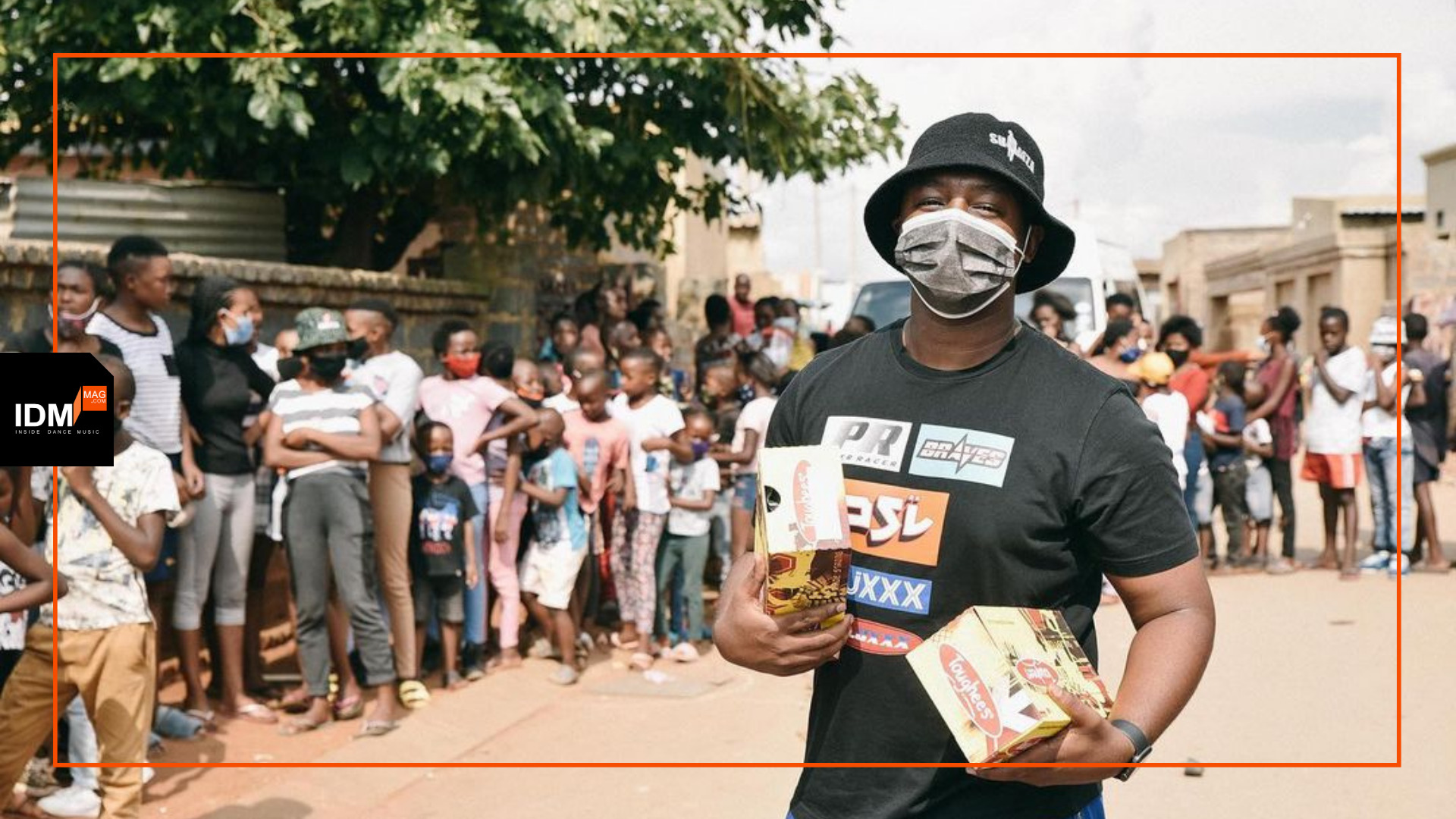 For Mandela day Shimza, and his foundation SHIMUZIC in partnership with the Siya Kolisi Foundation did a fundraiser stream from Robben Island to raise money for those negatively affected by COVID-19.

On Youth Day he did his #OneManShow stream from the Union Building and funds raised from this went to the Solidarity Fund SA, the Nelson Mandela Foundation and the Each One Feed One fund initiative.

On a personal level he also launched his own imprint, Kunye and released his first track on the label.

And now the legendary DJ has been at it again.

Shimza hands out 400 pairs of shoes

He has always given back to his community and his One Man Xmas show in his hometown of Tembisa, that he has hosted for several years, sees him donate all the proceeds toward buying school uniforms and essentials for the needy children in January.

He would also host a Christmas lunch for orphans in his community which was then followed by his legendary One Man Show.

Last year’s One Man Show had to be out on hold, however, with help from sponsors and his team, Shimza has managed to give away 400 pairs of much-needed school shoes.

“Contributing to the education of the children in my community. 400 shoes of hope,” he said on social media when handing over the shoes.