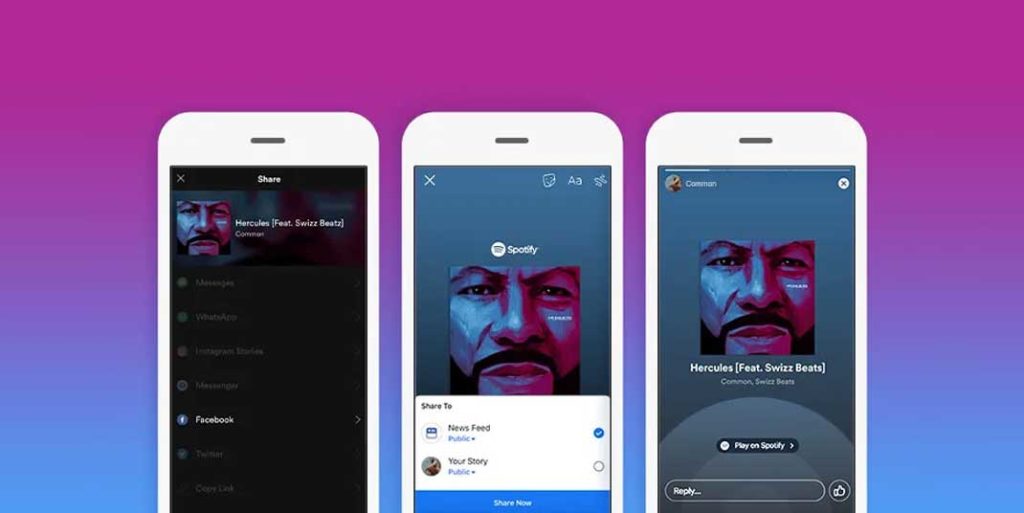 The time has come for users to be able to share the music they love directly from Spotify to Facebook’s Stories feature- a feature that is all the craze in social media. In fact, in April Facebook revealed that 500 million users used Stories daily.

Facebook users can then tap on a ‘Play on Spotify’ button which will redirect them to the streaming platform where they can listen to the full track (if they have an account, of course.)

Users, please note that the new feature only works for individual tracks, not albums or playlists. Users can post albums, playlists and artist profiles; however, viewers will only be able to click on a link, not hear a preview.

Besides being a great tool for users, the new Spotify Facebook integration is a powerful marketing tool for artists.

It has the potential to make users’ Stories more engaging while simultaneously sending traffic back to Spotify for further music discovery.

In other Spotify news, Eminem is suing Spotify for billions in a massive copyright infringement case.

Watch the video from Spotify explaining audio sharing below.

Add some music to your story 📖
Audio sharing to Facebook Stories is now available. pic.twitter.com/HSBgmxYd8G