You are here: Home / News / MDMA bust of $57million in Australia

A tonne of MDMA bust out of sausage-making machines. 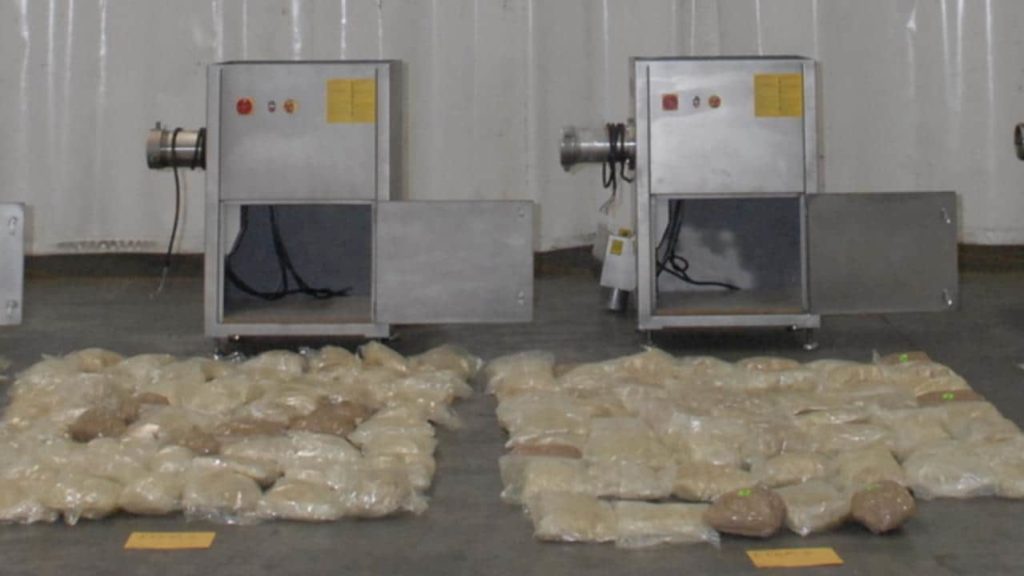 That may sound like something you would like to hear at a rave, like some new slang describing rolling an MDMA joint or something- I don’t know, use your imagination.

Anyways, in this instance the sentence refers to massive drug bust that just ensued in Australia, where nearly half a tonne of MDMA was found hidden in sausage-making machines.

When thinking of Australia, the second thing I think of after their large amount of deadly animals is the Australian Border Force; I mean they are damn good at keeping things out of Australia that don’t belong, which in this case is half a shit tonne of MDMA.

Authorities say that if pressed, the drugs would make 1.7 million ecstasy pills worth around $57million.

The ABF (Australian Border Force) and the AFP (Australian Federal Police) did not only seize the drugs, but were also able to arrest 3 people linked to the case.

The ABF and AFP replaced the real drugs with fake drugs and conducted a ‘controlled delivery,’ in which the container was delivered to a supermarket in Auburn.

Authorities believe the supermarket owners were unaware that the container, which also housed chocolate bars and air fresheners, had MDMA inside.

Then on Saturday, the AFP arrested three men at an industrial business in Clyde, Sydney’s west, whom officers believe are part of a “larger syndicate” supplying drugs to the Sydney market.

The men, who appeared in court on Sunday, are facing life sentences.