DJ Jazzy Jeff joins fellow scratch-maestros at the Red Bull 3Style final for a historical ensemble of ‘manning’ the decks. 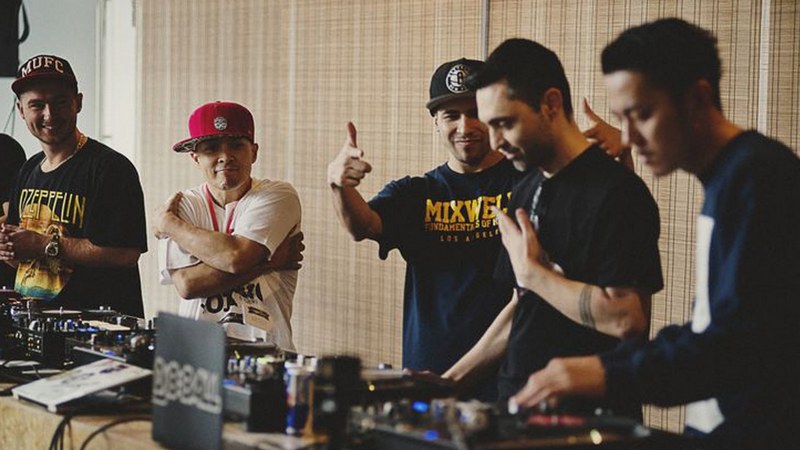 No, they are not joining the yachting craze, but are rather sailing the seas of music and DJing.

The final of the 3Style recently took place in Krakow, Poland, and featured a plethora of gifted DJs from around the world as they battled it out behind the decks.

Unsurprisingly South Africa has a representative-Ryan the DJ– who despite not bringing the title home, still made us proud.

Perhaps the greatest part of the 3Style World Championship is the ensemble that ensued at the finals, held in the historic Slowacki Theatre in Poland.

The ensemble included contestants as well as judges Jazzy Jeff, Nina Las Vegas, Skratch Bastid, DJ Craze, Nu-Mark and brought a fresh new sound to the Slowacki, which has hosted live performances since 1893.

Mixing the prestige grandeur of the venue, the latest gear from Pioneer DJ and the immaculate skill of the performing DJs brought forth an epic composition.

10 teams of 4 DJs scratched in a continuous mix using rekordbox DJ software and exclusively Pioneer DJ hardware.  Each team was provided 2 PLX-1000 turntables, 2 DJM-S9 flagship battle mixers, and 2 DDJ-XP1 controllers and rekordbox DJ software licenses from Pioneer DJ. The teams were then challenged to create an original routine featuring original music created during the week, and then to stitch it all the routines together in a one take collective performance.