You are here: Home / Featured / Thandi Draai backs up warning on INGOMA EP

Just three tracks; yes, as in one, two three cuts, is what it took to assert Thandi Draai as a producer with enough talent and ingenuity to back up her vocal abilities. 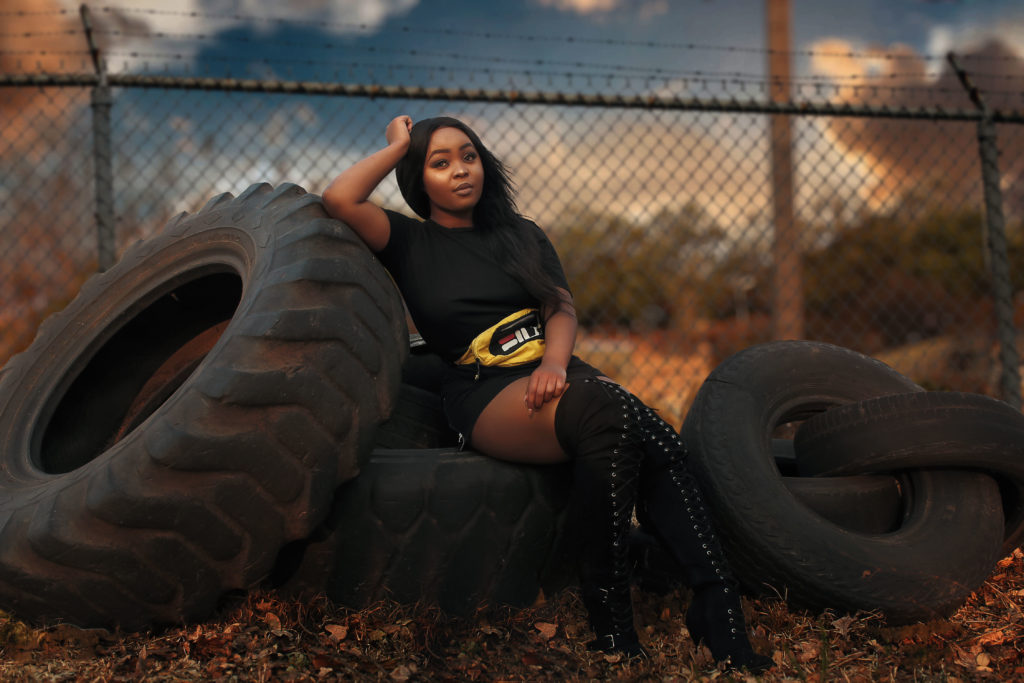 “I was just warning the listeners, to listen at their own risk because once the ‘Danger’ hits you, it’ll be too late!

Some weeks back on the back of a successful showcase at the Amsterdam Dance Event Thandi Draai released the “INGOZI” EP on House Music vocalist Jackie Queens’ Bae Electronica label.

“Ingozi” meaning “Danger” in Zulu is a powerful title and may have wary listeners ducking in anticipation of some unknown danger waiting to pounce through the speakers.

Thandi however reassures me that such worries can be safely put to rest.

“I was just warning the listeners, to listen at their own risk because once the ‘Danger’ hits you, it’ll be too late!” she laughs.

“On the real, the title “INGOZI”, was inspired by one of the songs on the EP, titled 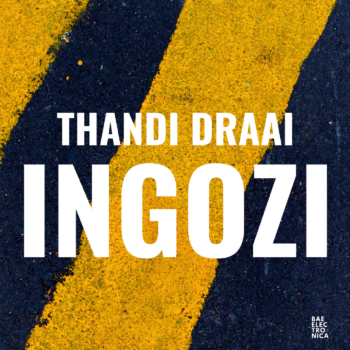 ‘Incoming Danger’, which was named by my girl Sio,” Thandi eventually breaks down the meaning behind the ear-grabbing title.

“Indica”, “Was It” and the aforementioned “Incoming Danger” are the tracks the making up the “INGOZI” EP.

Thandi pulls stylistic elements from Tech House, Afro House  as well as her unique and I must say intelligent interpretation of Gqom.

In other words, this ladies and gentlemen is it’s not a “copy paste” affair.

While all the tracks are truly unique, upbeat and hard-hitting, the body-slamming tune for me has to be “Is It”.

This thumping Tech House infused affair features an eerily repeated vocal that will play in your head for hours till you decide to repeat the track yet again.

Play it and you will see what I mean!

Asked what her “secret sauce” was in fusing quite expertly different sound elements into the tasty dish that is “INGOMA”, Thandi is somewhat bashful.

“Ummmmmmmm there’s no secret sauce, it was just me believing in myself and just being fearless in what I was producing, and it just felt right. 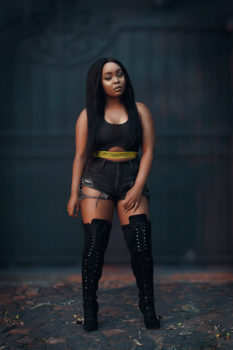 “I basically just always went with the flow, no rules, just experimented a lot with different sounds and the cherry on top is you can never go wrong with those raw ethnic sounds

“There’s some low-key magical vibe to those sounds; they go straight to your soul,” a laughing Thandi says.

Well apart from penetrating our souls, “INGOZI” has also thrust Thandi into the lofty perch of being a history-maker as it is the first Afro Tech project written and produced by a black South African woman.

“I actually didn’t look at it as the first Afro Tech, what what. Laughs
“It’s actually, really COOL, other wise it hasn’t been an easy journey!
“Being a female producer in SA, is very rare, so trying to come out with a strong piece had its ups and downs as I want my music to sound as good as any other good producer and not to be given the ‘she is good for a women nonsense'” says Thandi of her approach to the trailblazing project.

Four years, worth the wait

It’s such resolve and self-assuredness that see Thandi respond good-naturedly when I share with her that; some people (myself included) always recognised her abilities as a good vocalist, but before actually listening to this EP had concerns about her ability to venture into production.

This “bias” is not necessarily because she “can’t” but because listeners have been disappointed a number of times when vocalists make a move towards production and vice versa.

“Yes, I am firstly known as a vocalist, but my first love is music production, and, in the past,  I made the biggest mistake in allowing doubters to dim my light. Laughs

“It took me believing in my self first and trusting my gut feeling to understand you can’t please everyone!

“I’m still young in production and have a lot to learn about music and how to further communicate with people through my music, but eventually I plan to convert all who are ‘lost’,”  laughs Thandi in response to my jibe about “converting” previous “doubters” into “believers” through the “INGOZI” EP.

Putting out such a solid project hasn’t come without a cost though.

“Well it’s been four years since I last took out a release, I haven’t been in the best space in my life and as a creative, I work best when I am happy and in a good vibe,” shares Thandi.

She  acknowledges the role of people and the music itself for picking her up during trying times.

“I would have to give thanks to my recent circle, family and strangers who reminded me of who I am and what my capabilities are, and every other day it’s just a battle of not been clouded by that dark cloud,

“Music has always healed me and saved me in many ways, so I guess this EP was therapy,” a jovial Thandi says.

Thandi Draai INGOZI is available now in all digital stores so you can also experience it in all its dangerousness.

You have been warned!