You are here: Home / Featured / Shadow Chronicles interview ahead of Earthdance Cape Town 2018

After Protoculture announced his return to producing psytrance, I’d been waiting for the right moment to do a Shadow Chronicles interview. 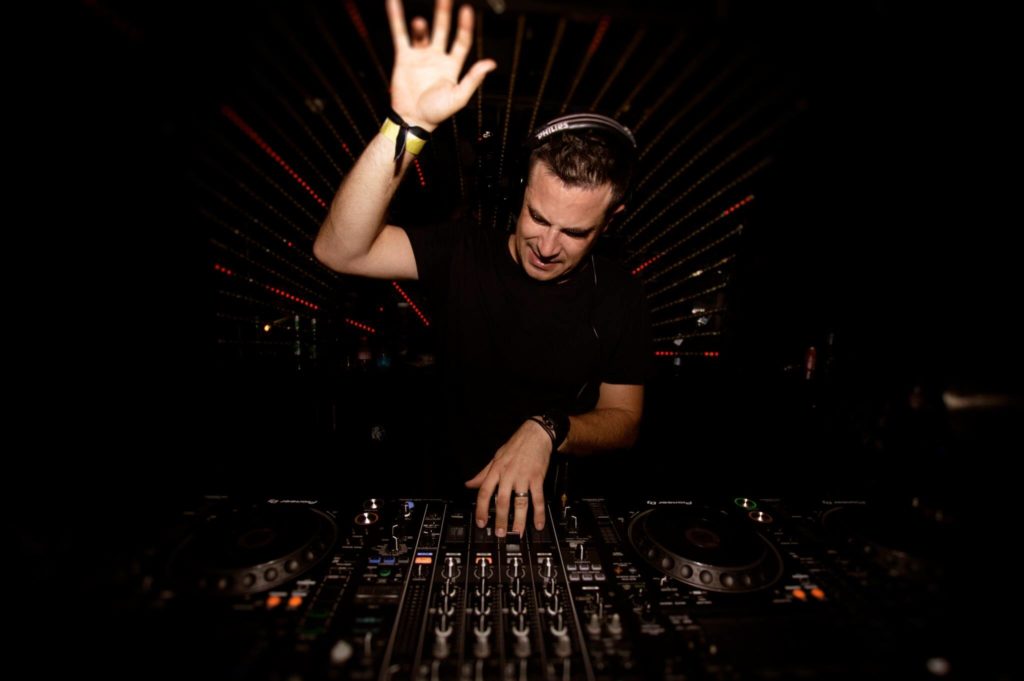 Now, one year and a month later, a plethora of new tracks and remixes under his belt, several notable performances locally and abroad, Shadow Chronicles will return to the timeslot he owned back in the day when Protoculture was a psy project: Sunday afternoon!

Earthdance Cape Town 2018 takes place this weekend and the lineup is a generous offering of multiple genre music: from great techno and tech house to full-on psy, night time psy and ‘Sunday Funday’ psy & progressive; there’s something here for everybody to enjoy.

Shadow Chronicles performs at  13:30 on Sunday and this is the very first time since Nate created the project that he will be back in full swing on a proper Sunday psy floor.

The psytrance stuff just seems to be flowing at the moment though and I’m not running out of ideas. The last time I was this amped to be writing music I cranked out my ‘Refractions’ album…”

It’s just over one year ago that you announced Shadow Chronicles – August 2017, in fact. How are you enjoying writing psytrance again? 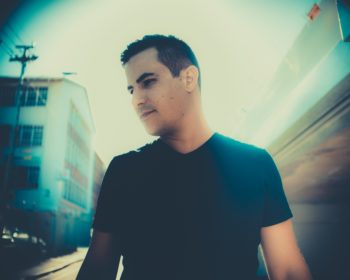 Shadow Chronicles interview: Loving it. I feel I’ve kinda stepped back at the right time too… not because of its mainstream appeal at the moment but because there seems to be a lot of great music akin to what was going on 10 years in the scene. I was never a massive fan of the really minimal German progressive stuff or the super full-on night-time stuff, part of the reason I originally lost interest in the scene years ago… but there’s a lot of fantastic melodic full on stuff coming back right now that I’m pretty excited about.

What have the psytrance gigs been like? Overseas and local?

Shadow Chronicles interview: It hasn’t been a super busy year for me on the road. I’ve spent a ton of time in the studio which has been great for me as well as working on sound design stuff & engineering work for my Marula Music brand. Highlights for me were Japan, always a favourite of mine, plus some great shows in Europe. With the bulk of my new stuff getting released at the beginning of this year, I kind of missed the boat for the European festival season, but I’ve got some exciting stuff coming up next year tour wise.

How many tracks have you written since launching SC? 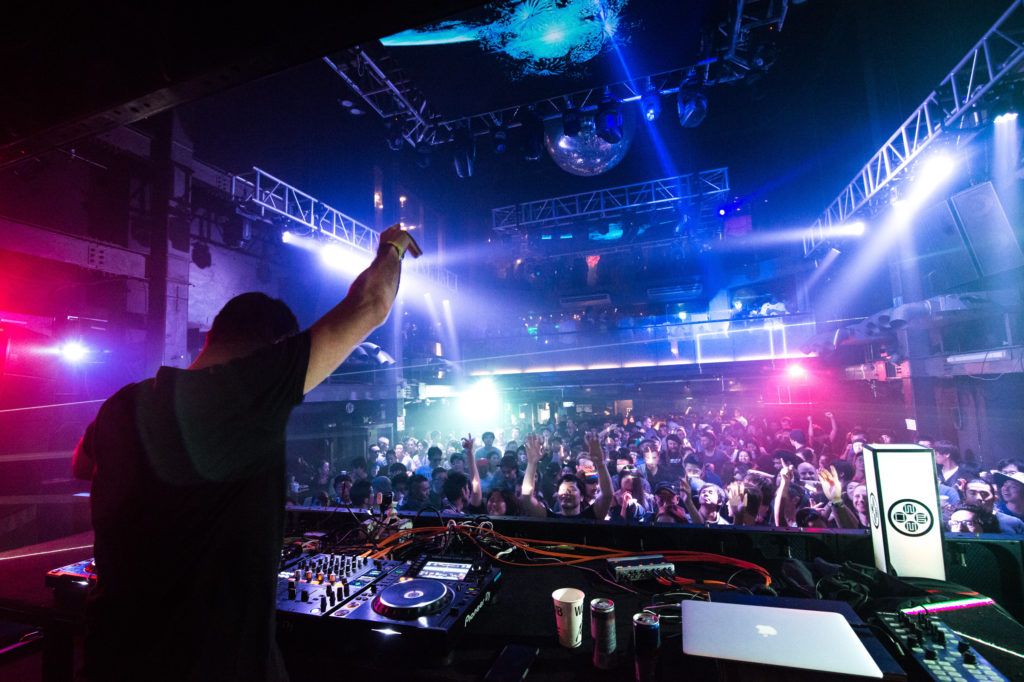 Shadow Chronicles interview: Seven that are released… I’ve got another one coming up next month on Future Music, a collab with  Shift after that with Digital OM, another one on Dreamstate Records in November plus a remix for an as yet un-named act that I’m pretty excited about coming on Expo Records. On top of that I’ve just wrapped up three more in the studio that I’ll probably start holding back for an album.

You posted online last week that you’re in a very creative flow at the moment with several new ones (and remixes) underway… care to divulge? 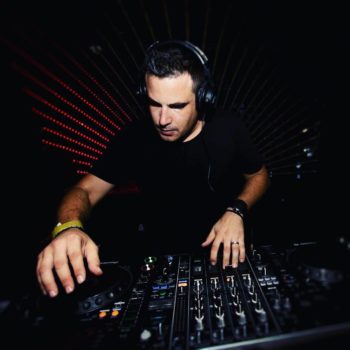 Shadow Chronicles interview: Yes, I’ve been on a bit of a roll lately. Considering I released a Protoculture album in the last year plus the equivalent of a Shadow Chronicles album and a bunch of other projects I’ve worked on, I’d say I’m pretty productive at the moment. The psytrance stuff just seems to be flowing at the moment though and I’m not running out of ideas. The last time I was this amped to be writing music I cranked out my ‘Refractions’ album in about a month and a half. That’s not to say you’ll be waiting another month for new album though, it takes me a little longer to finish music these days.

It’s been a long winter and I’m itching to get my dancing shoes on and have a bit of fun.”

Having played some international Psy gigs, over the past 12 months; what’s changed since the days when you played the circuit; musically, production-wise and people-wise?

Shadow Chronicles interview: To be honest, I haven’t noticed massive differences in the parties as I haven’t really been around them for a while.

Still feels like the same old jols I was used to a few years back. One thing I will say is the psytrance scene has really jacked things up in terms of professionalism over the last year or two.

Its always been a bit casual and working with labels like Armada and A State of Trance, you realize how next level the more commercial brands are in terms of organisation and such. The Psy scene really seems to have cough up lately though, I guess partly due to the success of guys like Vini Vici in the more commercial side of things. 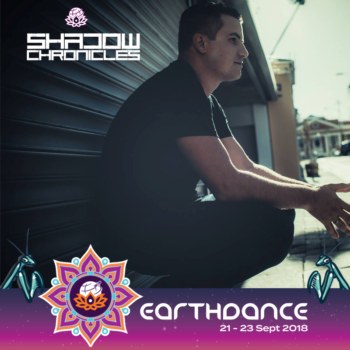 Earthdance Cape Town is coming up. You’re playing a headline set after Outsiders and before Headroom on Sunday. It’s a great slot to segue the flow from daytime full-on into progressive. What do you consider SC music to be – progressive or full-on?

Shadow Chronicles interview: Definitely middle ground, its where I’ve always been more comfortable… not quite as much as the current UK style full on, but definitely not strictly progressive either.

The latest stuff I’m busy with though is a little on the darker side of things as opposed to some of my previous psy trance tracks under Protoculture.

Are you more excited or nervous about Sunday’s set? It’s the first BIG psy set back in South Africa… (excl. day parties).

Shadow Chronicles interview: Excited man. Not just for the set but it’s been a long winter and I’m itching to get my dancing shoes on and have a bit of fun.

Also, lots of new music to test out so that’s always a bit of a thrill to see how stuff goes down in the wild. 🙂