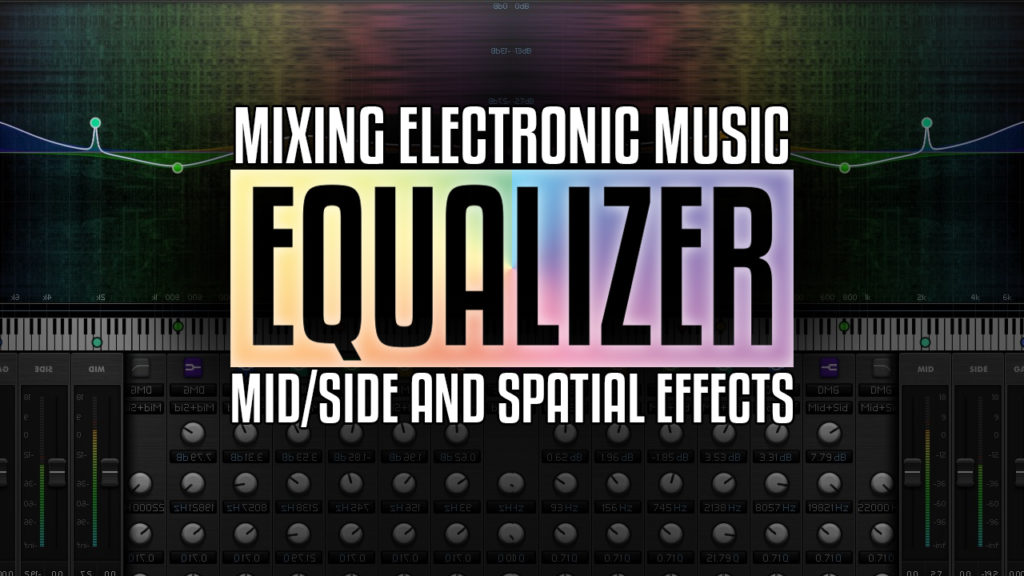 So, the idea of frequency conflict is that two sounds occupying the same band of frequencies will clash and smear the audibility of each of the sounds. Due to the nature of stereo systems, we have the ability to pan sounds hard-left and hard-right to combat frequency conflict – however it’s also possible to get the same relationship between mid-only sounds and stereo-only sounds. You could use effects plugins to either widen or force a sound into mono, however I often find this to be a very drastic effect, so using something like Mid/Side EQ just to tame the offending frequencies slightly can sound far more natural.

For example, forcing your track’s main lead into mono might result in it sounding bland, while forcing the embellishment sounds and other atmospheric effects too far to the sides might make them completely inaudible in the mono – which has its own set of problems.

It’s all about balance…

A great mix is about balance, not only a balance of volume between the different instruments in the arrangement, but also a balance of where those sounds are placed in the stereo and frequency space. A mix with too much focus on the sides or stereo space, may lack the energy and drive that dance music needs and on the converse a mix with too much focus on the center or mid-space may lack the depth and wideness that you’re looking for to balance it all out.

On a side note, while talking about spatial effects I figured I would include a helpful technique called “double tracking”. The idea is to duplicate the sound, pan each one left or right and then delay one of the tracks ever so slightly. In traditional recording, this technique is used quite extensively to separate elements such as guitar and bass guitar in the mix.

For an in-depth walkthrough, check out this week’s tutorial video here: