So we’ve covered the basics of creating a psytrance bass sound from scratch, now let’s look at some processing tips. 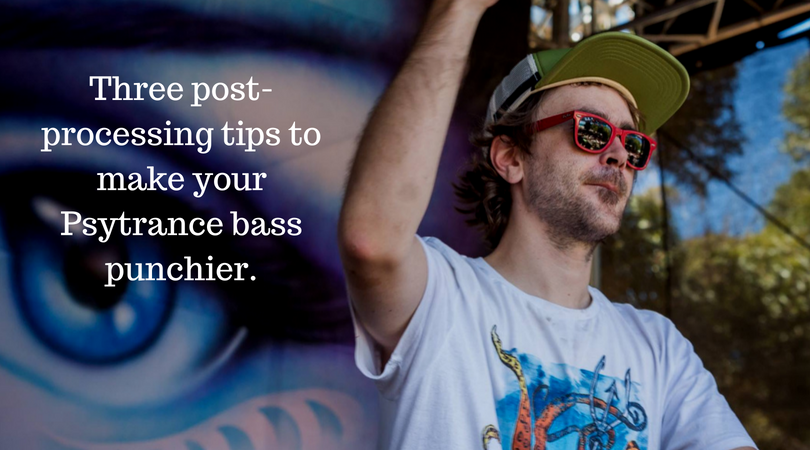 Well first up is more of a sound design tip, we’re going back to the patch to make sure we can’t get the best out of the sound there. I always prefer going back to the source rather than trying to create magic from nothing. I really helpful technique, specifically when you don’t have much control over the “curve” of your ADSR, is to double up on the envelopes and mix the modulation sources. One envelope with a very quick decay, and the other with a slower decay – the result is the ability to control the first first “pluck” transient of your sound.

The next tip is looking at envelope shapers, and more specifically Steinberg Cubase’s built-in Multiband Envelope Shaper. This is an awesome plugin for isolating and controlling very specific bands of frequencies and their transient response. Now depending on the type of psytrance bass you’re going for, the settings will vary. Waves has a plugin called TransX Multi which achieves a very similar effect, for those non-Cubase users.

A plugin that you probably already own…

The third tip is a technique using LFOtool by xFer, this plugin is very common for creating sidechain effects for psytrance bass, however we’re using it a bit differently now. LFOtool is an incredibly powerful tool that goes mostly overlooked in terms of the amount of functions it actually has. Today we’re looking at recreating an envelope with the plugin, again this is great if your synth plugin lacks in the amount of envelope control. The great part about LFOtool is that it has filters built in, so you’re able to achieve volume and filter attenuation amongst other things.

And then lastly, there’s a little bonus tip in the video – I explain how to create a high-pass sidechain effect that only cuts the low-end from your bassline on every kick, while the high end cuts through nice and clean.

Anyway, here’s the walkthrough video, it’s much easier to show than tell: