The theory and practice behind using compressors in mixing

In order to truly harness the power of compressors, one needs to understand the fundamentals of what’s happening under-the-hood. 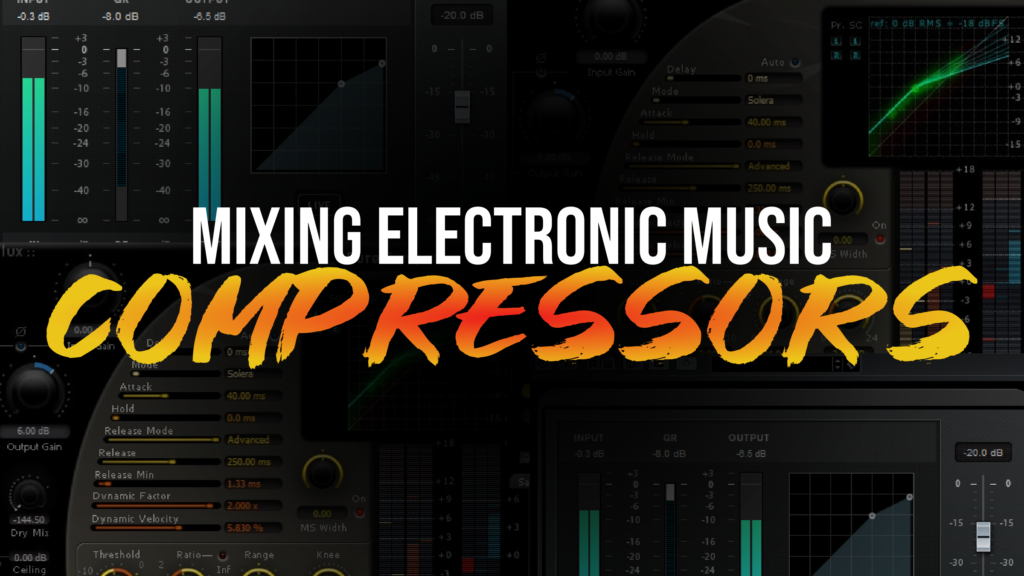 I generally like to break up the use of compressors into two distinct categories – corrective compression deals with fixing certain issues which you may have in your mix, while creative compression attempts to impart characteristics of certain compressors in a more sound-design oriented manner.

Unlike EQ, compressor is not the type of process I personally use on every single channel in my track, however, it does have a very necessary purpose in mixing. In essence, the nature behind a compressor is to reduce high peaks and average them out between the low dips, thus reducing the overall dynamic range of a signal.

In a traditional recording, you may have a drummer whose energy heightens during a chorus section of a track, resulting in a louder recording during that part. A compressor would be the ideal tool to use to reduce the range at which the volume is allowed to change.

The Threshold setting governs at which level the compressor kicks in, the Ratio governs how much the signal gets reduced.

The attack and release settings on a compressor work slightly differently to what we might expect, coming from a synthesizer envelope. The attack changes the rate at which the compression kicks in, thus generally resulting in more transient coming through – while in a synthesizer amp envelope, boosting the attack results in a smooth fade-in.

Compression is a good way to control stability in percussion and bass sounds, if you have a sound which has varying dynamics – this is definitely the way to fix it. One thing to note, I often find that blindly using compression without a clear idea in mind first can often end up with less-than-desired effects. So it’s the type of process I load up only when I need it.

For an in-depth walkthrough on compression, check out this week’s tutorial video here: