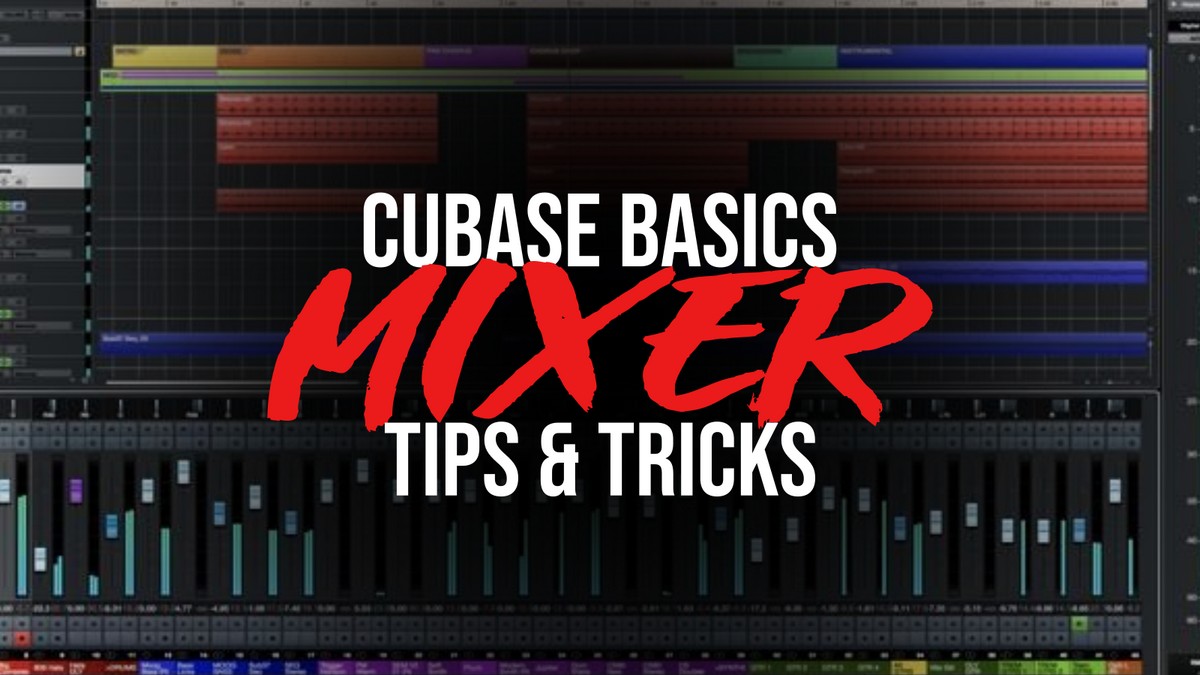 There are a ton of features that make the Steinberg Cubase Mixing Console such an invaluable tool, let’s investigate.

One of my most used features, although not a huge game-changer I will admit – is the visibility controls within the Steinberg Cubase Mixing Console.

This allows you to fine-tune the display of your console for a much more fluid workflow.

I make use of a lot of groups and extra channels that might not end up being needed in the final mixdown process.

Being able to specifically choose which channels you’re looking at – and furthermore filter the display by channel types – makes for a pretty swift workflow with the mixer.

Another set of invaluable features are the History and Snapshots systems, it’s basically like an Undo/Redo and save function specifically for the mixer.

It’s a great feature for those moments where you may be indecisive about an action while you’re mixing.

But being able to do it and A/B compare both options is a great technique.

The History and Snapshots works on all channel settings.

So that’s the default channel EQs and other settings – however one thing to note is that recalling Snapshots can break any automation you may have on that channel, so keep that in mind.

The Stereo Combined Panner settings are another favourite feature of mine within the Steinberg Cubase Mixing Console, it’s essentially a 2-in-1 control for the individual left and right panning.

The great part is how easy it is to automate to create very compelling sounds which move in an almost three dimensional space within your mix.

There’s a little drop-down arrow next to your traditional Pan settings, dragging up or down will expand or contract the stereo field, while dragging left and right will change where the field is placed in the stereo space.

For an in-depth walkthrough of the Steinberg Cubase Mixing Console features, check out the tutorial video here: