One of the most daunting processes in production is the final mixdown, a technique called sonic matching changes all that. 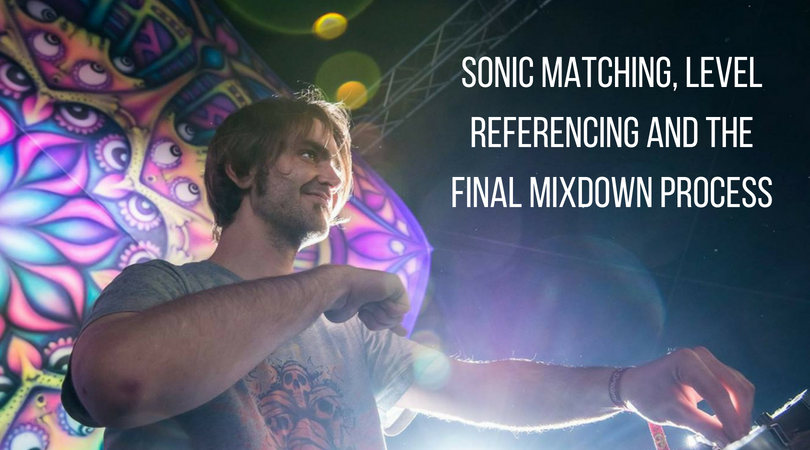 The final mixdown is one of those tasks that producers procrastinate to the bitter end, based on the fact that they’re either not confident in their studios acoustic response or just couldn’t be bothered to put in the extra hours needed to make the most of their track, so they leave it to professionals. As electronic music producers we often have an idea in mind of what we want our track to sound like, and sending it to be mixed by someone else might vastly throw off that original vision. That makes it very important to understand some of the basics during the production process, to negate needing a third-party mix engineer.

Referencing is important in the mixdown process, as it “resets” your ears and gives you an indication of what to aim for in your mix. There are a couple of plugins available that offer the ability to use a technique called sonic matching, the concept is to match an EQ curve of one sound source to another. This makes creating overall balance in your mix MUCH easier!

How do we achieve this technique?

Steinberg Cubase has a plugin built-in, it’s called Voxengo CurveEQ, and it allows you to take frequency response “snapshots” of your reference material, then you’re able to overlay those snapshots over the different parts in your mix and make changes to the volume and individual EQs on your channels to achieve sonic matching.

Using references is incredibly important in the mixdown process, as often spending a lot of time working on the production of a track, our ears can become used to the sound of the track and therefore any changes we make are subjective.

Hopefully that helps you make the most of your mixdowns! Here’s the video with the walkthrough explanation of how to get this going: