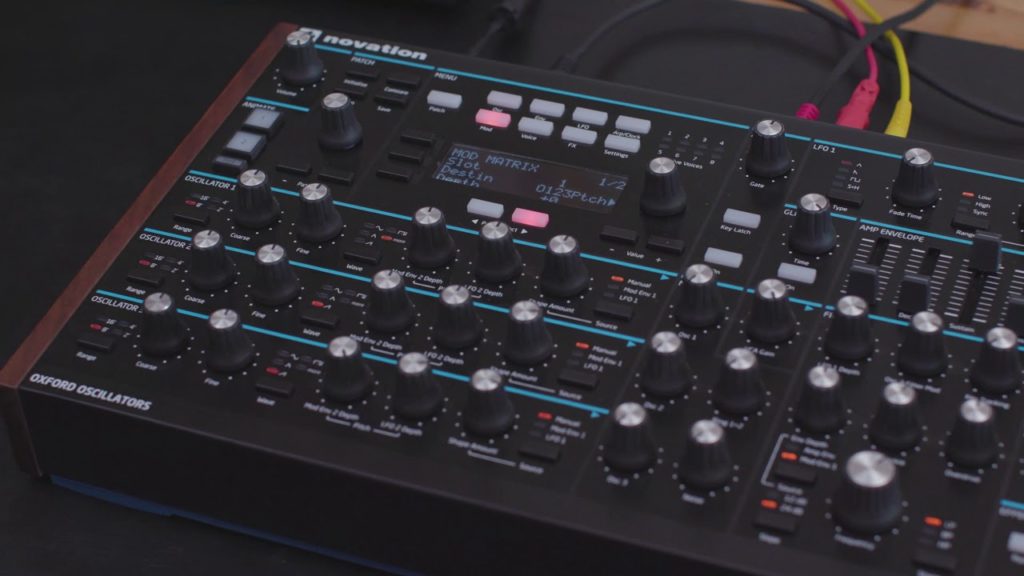 The video tutorials feature some tips and tricks for synthesis and the concepts are not limited to Novation gear, they can be applied to other hardware and software synthesizers.

This allows you to modulate the clock of the Circuit Mono Station using its own internal LFO, and due to the Circuit’s nifty sequencer and its ability to record automation, you have the ability to create varying clock rhythms.

The second video in Novation’s new series deals specifically with their Peak synthesizer, this nifty trick displays the ability to send an audio signal into the Peak’s CV input. Keep in mind CV inputs are not designed to handle audio signal, so there is a fair amount of distortion and noise being applied, however through the Peak’s internal effects you’re able to create some pretty wild sounds.

The third video in the Novation Hack Series deals with creating some interesting melody sounds by syncing two oscillators and sending different sequences to each oscillator. The next video in the series teaches us how to trigger patch change messages from an external sequencer, this allows you to use the Novation peak as a multiple sound generator from drum-machine to sequencer style sounds.

The last video in the current series teaches us how to create a generative patch using the Novation Peak’s nifty self-sequencing capabilities. This is also a great technique to apply in software synthesis – trying to create varying atmospheres and pads by using an array of modulations rather than triggering different midi notes.

Here are the rest of the Novation Hack Series videos, and be sure to subscribe to their channel for the latest videos when they’re released: