Today we’re exploring one of the most popular synths in Goa Trance, the TB-303, and what makes the sequencing of Goa Trance style TB-303 leads unique. 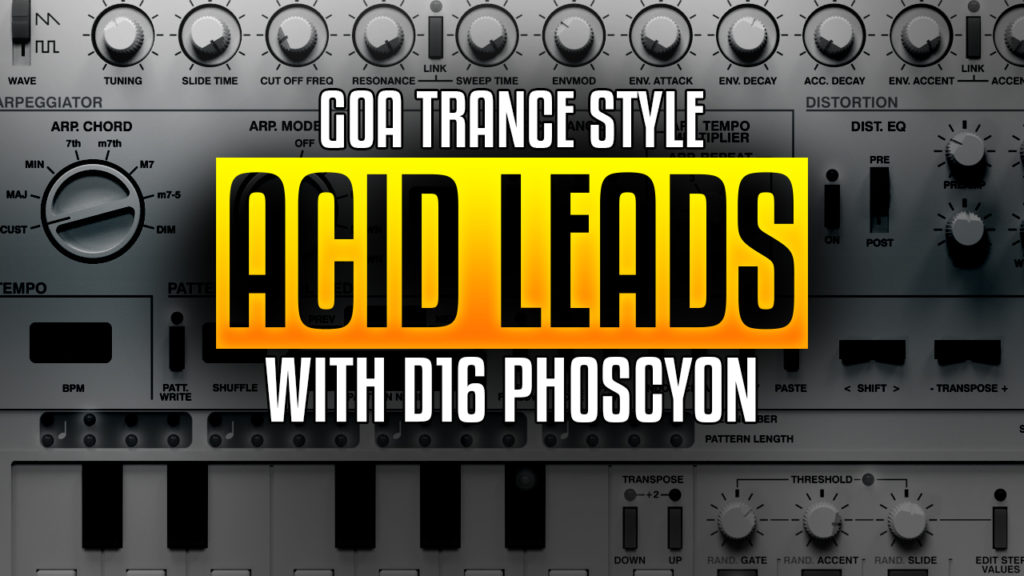 The Roland TB-303 is an iconic synthesizer in many genres, it’s “acidic” sound is one of the aspects that bridged the gap between Disco and House music and the more eclectic and expressive musical sound that was to become Goa Trance.

While Disco and House tracks of the era had the low end to keep people dancing, the sounds were generally sampled or emulating traditional instruments, the Roland TB-303 was originally introduced to the market as a Bassline Synthesizer – it was meant to sound like a traditional Bass guitar.

You can imagine the shock and horror of the Disco and House producers of the time looking for a funky slap Bass sound only to be greeted with a synth with a rather peculiar squelchy sound that one could easily describe as Acidic.

Some embraced the peculiarity of the little beast and it went on to shape various genres in years to come, not only for its unique tonal character but the unique way in which it allowed you to sequence your patterns.

The sequencing on the TB-303 is not very user-friendly if you’re coming from a traditional DAW piano roll, however it presents a unique way of inputting patterns that actually shapes the way those patterns sound.

The sequencer in a TB-303 deals with Note and Trigger (similar to a modular synth with CV and Gate) data independently, this allows you to input a melody and then evolve how the melody plays over time, by changing where the triggers are placed.

This can help to add to the overall evolving feeling that you’re trying to create when making Goa Trance and can be heard extensively in the genre.

Today’s tutorial video runs through how to create your own Goa Trance style lead patterns using D16 Phoscyon, which is a great software emulation of the legendary Roland TB-303. Check the video out here: