Today we’re delving into the darker side of Psytrance, let’s look at a couple of techniques for creating Hitech leads. 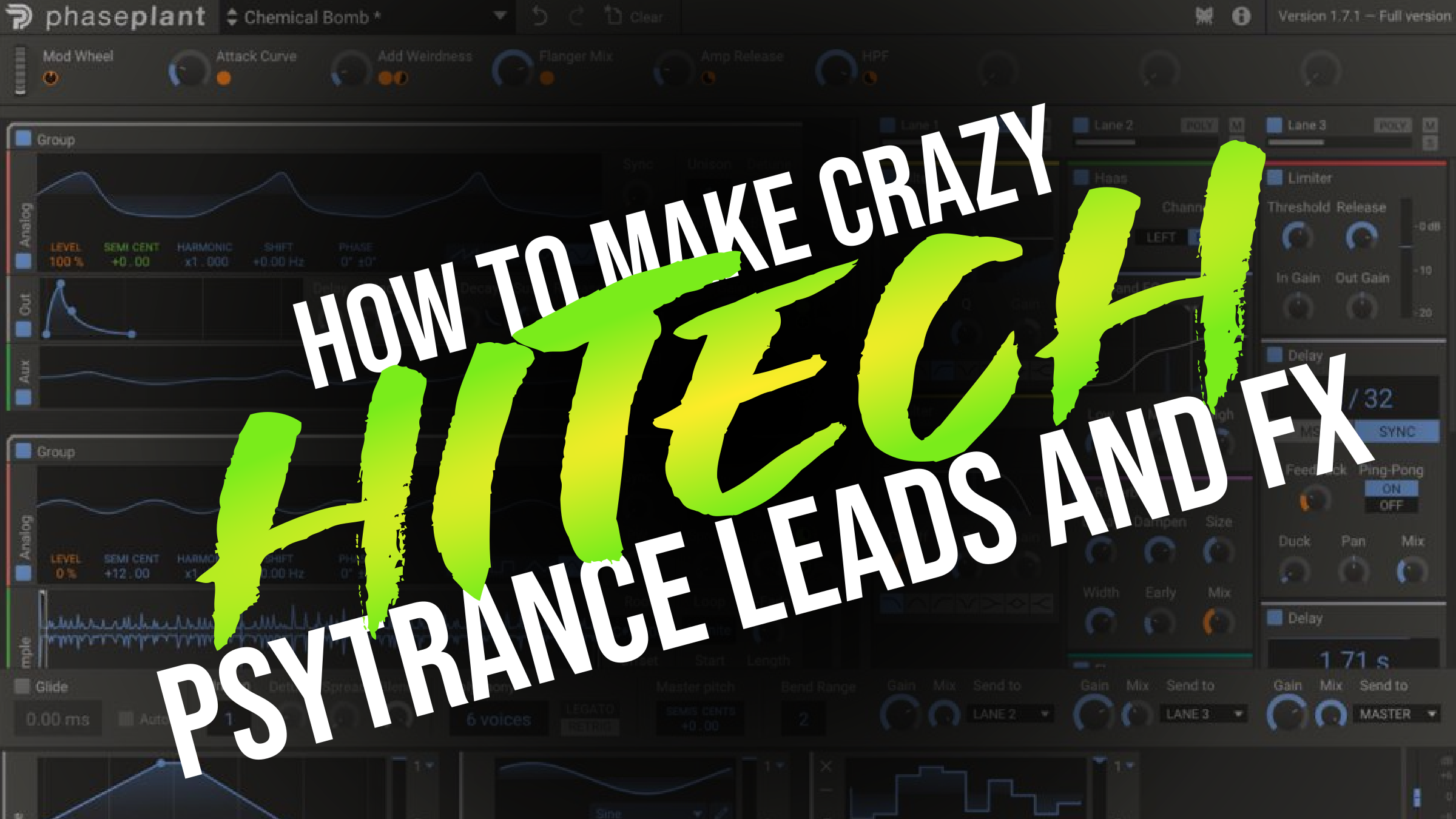 The main idea here is to create a patch with a variety of macro controls and random generators and then record a long passage of the synth while the track is playing. Then cherry-pick the best parts of the resulting audio and apply further effects.

Phase Plant has a fantastic snapin effect called Frequency Shifter, it can do wild things to pretty much any audio signal, and when coupled with a random modulator it creates some awesome psychedelic effects.

We’re going to combine this with a couple of other techniques, so we’re going to go with a simple saw wave for now, and apply a macro to control the amount of modulation on the Frequency Shifter. 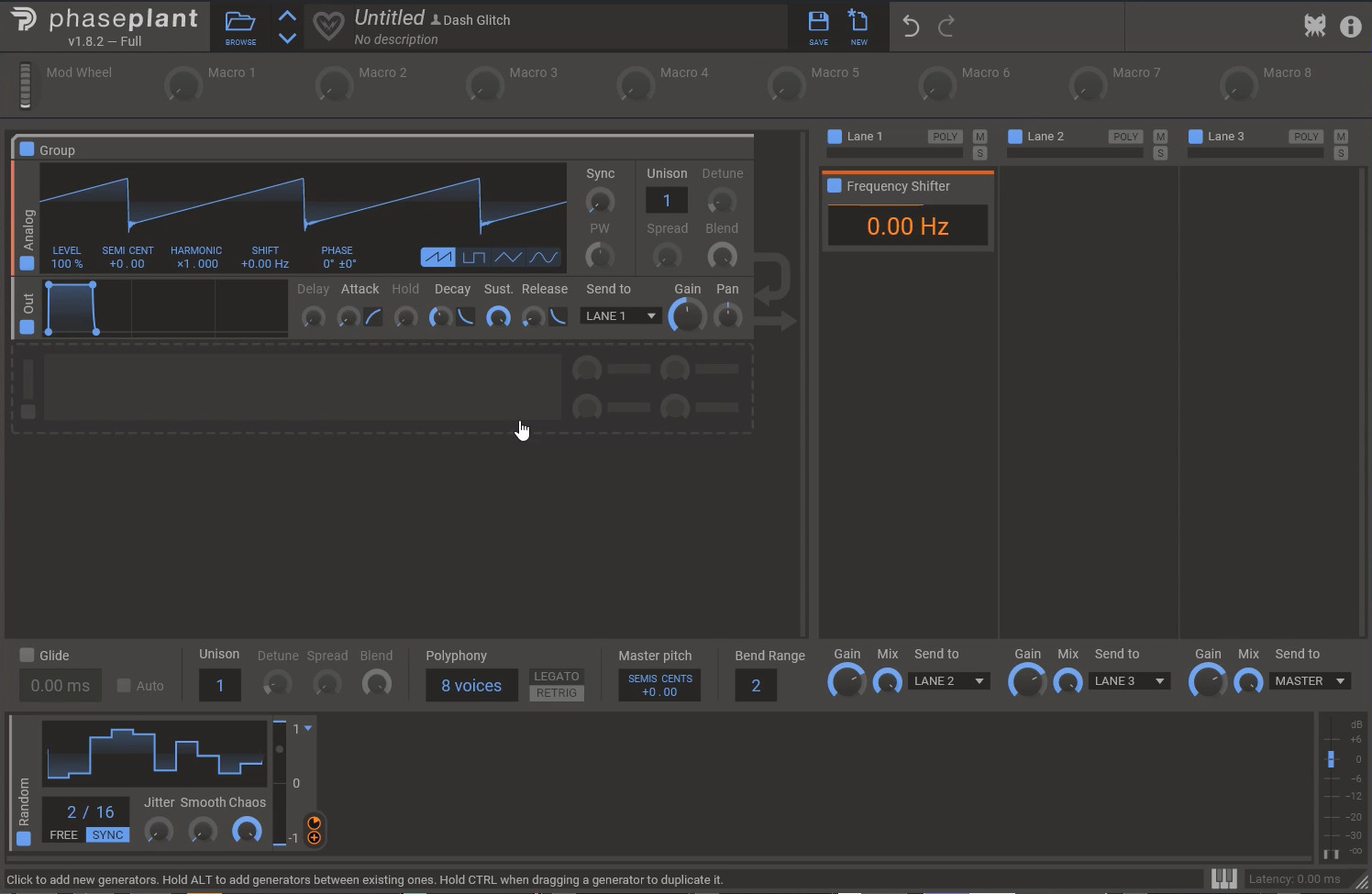 The Phase Modulation in Phase Plant sounds really good, fancy that, so let’s add another oscillator, set it to sine wave and send that to Phase Modulate the first oscillator.

Let’s create another macro and get it to control the Phase Modulation amount, now we have two independent macros which can be mixed in or used in combination for a huge variety of sounds.

The next technique is a bit more well-known, but in combination with the others adds to the amount of variety that you’re able to get from the single patch.

We basically want to set up an LFO to control the pitch of our main oscillator, and then set a random generator to control the speed of that LFO. The result is almost endless variations of squeaks and squelch sounds, when combined with the Phase Modulation and Frequency Shifter can create awesome results. 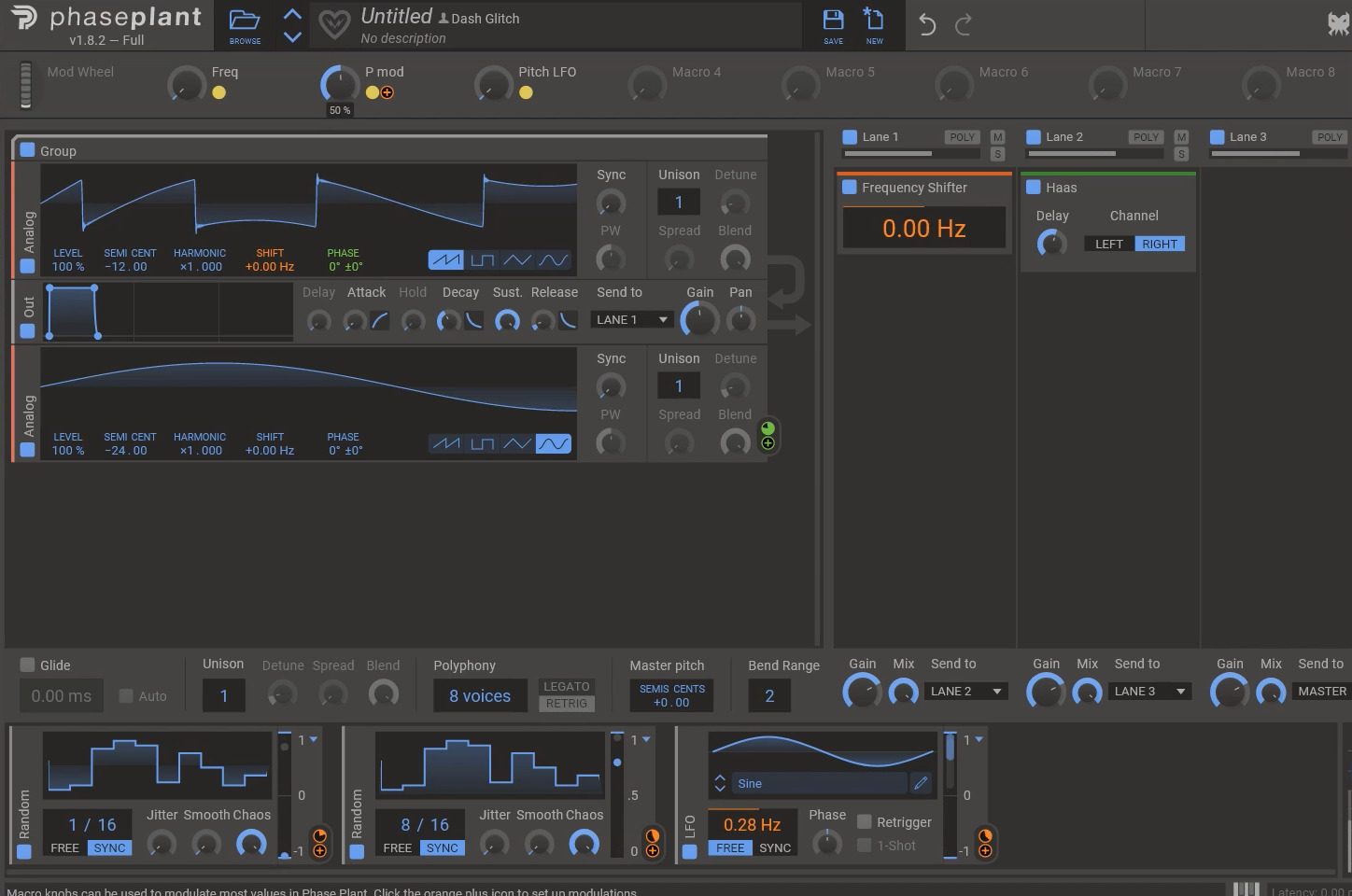 Then the trick is to set up an audio channel to record the synth and go wild, don’t be scared to try all sorts of variations of the above, you’re going to edit out the bad parts. Then grab your scissor tool and edit away. Add a variety of effects on different channels, from delays to reverbs to gel everything together, you should be getting somewhere now.

For an in-depth walkthrough, check out the video tutorial here:

@casspernyovest should have been here…

Getting home after a night of gigging is such relief. Like. On the real. 🙏🏾

“Huge thank you to everyone who’s made this series possible”

😂🤣😂 And you were saying that was going to happen at Delicious. Sorry buddy. 🤗

I have an MBA degree!@JackDevero

They stole my iPhone 12 Pro with lots of data and airtime at Andiccios like 2 hours ago. We were inside and a guy came in and snatched it out of my hand WHILST I WAS ON A CALL. Wow.