You are here: Home / Tech Corner / Tech Tutorials / Goa Trance Tutorial – What makes the kick and bass different to Psytrance?

Goa Trance Tutorial – What makes the kick and bass different to Psytrance?

Goa Trance is often referred to as the predecessor to Psytrance, but what are the major differences in the sound? 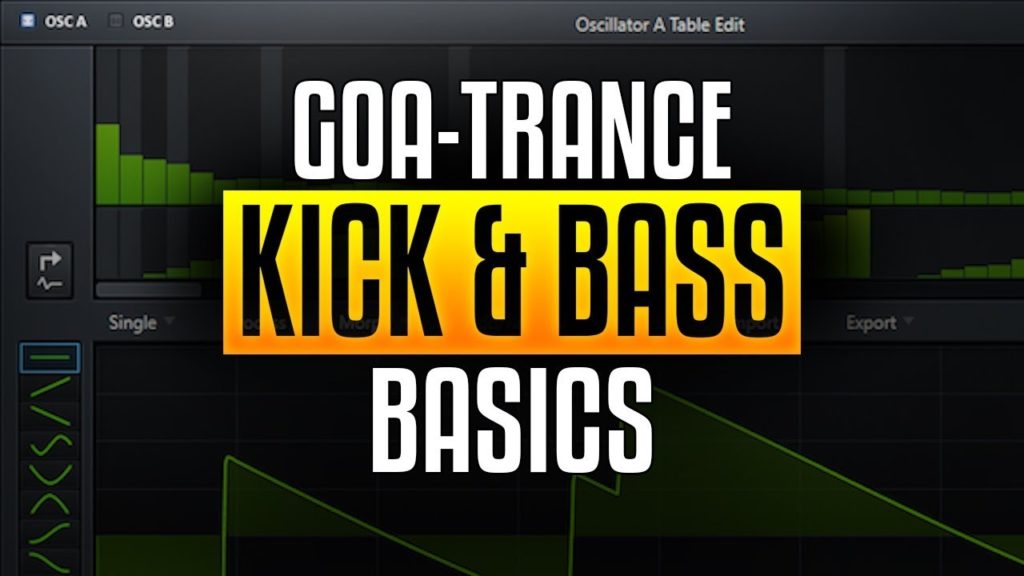 Goa Trance as we know it, began emerging in the early 90s, while its roots go way back, the style emerged from an amalgamation of musical and spiritual influences in Goa, India at the time. The Goa scene began as a bunch of DJs collecting and trading eclectic music, from Acid-House to Disco. These DJs began mixing and editing their collections to create new longer compilations, or unique tracks that nobody else had. Due to the recent emergence of music technology such as sequencers and samplers at the time, some of the DJs started sampling and remixing their collections and it wasn’t long until Goa Trance was recognized all around the world.

Goa is credited as a predecessor to Psytrance, although there are some key differences in the sound. While a lot more of the modern Psytrance focuses on a bursts of tension building and then subsequent release, Goa Trance tracks tend to create a steadily building momentum that eventually peaks nearer the end of the track, there is also more of a focus on sequences and rhythmic elements.

How the Kick and Bass differ from traditional Psytrance?

Goa kicks tend to be a lot more “boomy”, they are generally made with longer pitch-envelopes and slighter curves. They were often created on older analog synths which didn’t have the steep envelope settings that we see in software and more modern equipment. Modern Psytrance kicks are often created to be much “snappier”, leaving space in the mid-range for a clean bass sound.

The bass tends to be more of a drone than the punchy bass lines that we know from modern Psytrance, and sometimes the boomy low-end of the kick can help to create the overall low-end drone in your Goa Trance track.

For an in-depth walkthrough on how to create Goa Trance kick and bass sounds, check out the video tutorial here: