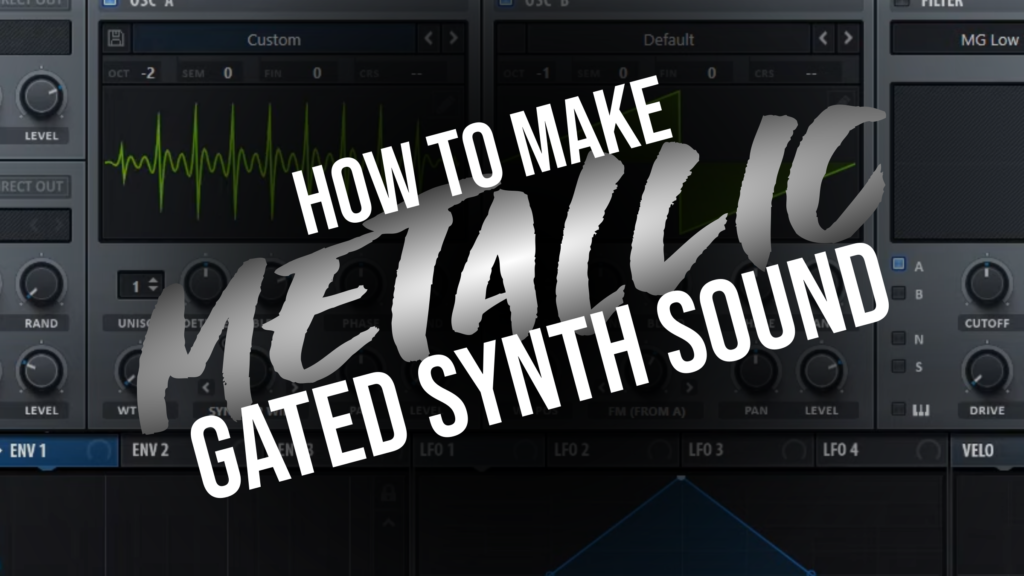 To understand what’s going on in this patch it helps to understand the fundamentals of what oscillator sync is – both in theory and how it is applied within Serum.

In theory, oscillator sync is forcing an oscillator to reset at a cycle determined by a second oscillator. In Serum, this can be done entirely on a single oscillator, and it makes use of a hidden oscillator under the hood to alter the reset cycle of the oscillator which we actually hear.

This is handy if we want to, say, for example, use the additional oscillator for FM or other tasks.

And that’s exactly what we’re going to do here. First, let’s dive into the Wavetable editor to make some changes to the waveform itself.

With this technique I like to use Serum’s additive editor to remove the fundamental and first harmonic of the waveform (Bin 1 and 2), thus removing the tonal aspects of the sound while maintaining the timbral elements. 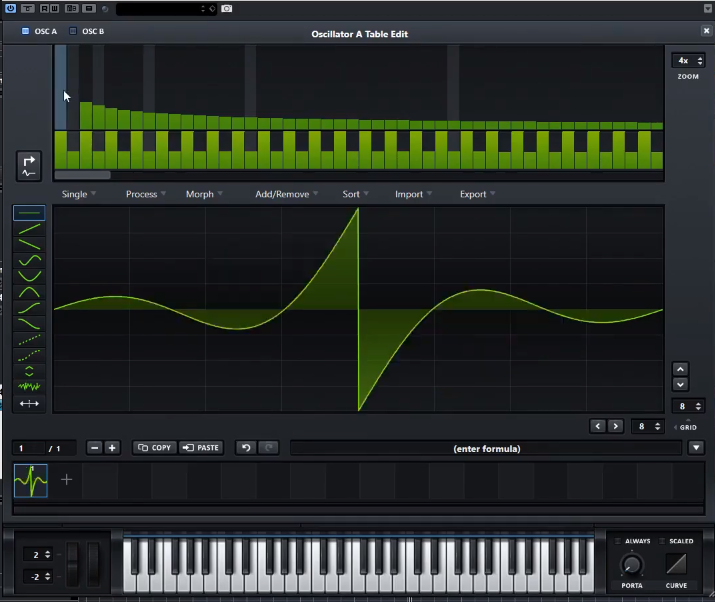 What is Sync doing in this patch?

In short, Sync is a way of altering the frequency of a sound without changing the pitch.

In this example, it’s a great way of changing the timbre of the oscillator which will be used to FM the other, without changing the pitch relationship between the two oscillators – something that can quickly turn an FM sound into mush. 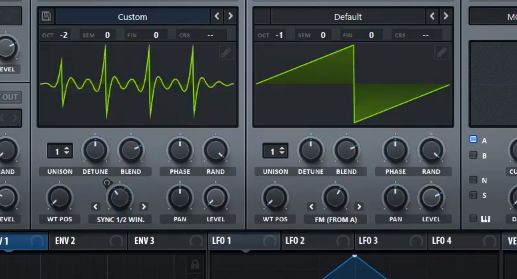 With these sounds, I like to use Serum’s “Note On Random” feature to modulate the oscillator sync and sequence a simple 1/16th pattern.

I’ll usually end up creating a more percussive envelope than the default, by turning the sustain all the way down and the decay down just a bit.

To top it off, Serum’s Flanger sounds really good coupled with this type of sound, even just to create a subtle movement over a series of bars.

Furthermore, I’ll often render out long segments of the loop, chop that up and apply reverbs and delays to those to use as introductory parts to the sound, and maybe some subtle delay to the main sound itself.

For a visual walkthrough on how to create these sounds, check out the tutorial video here: