Today we are revisiting the “cancelled fundamental” technique we addressed in the Vini Vici & Astrix Adhana style bass tutorial. 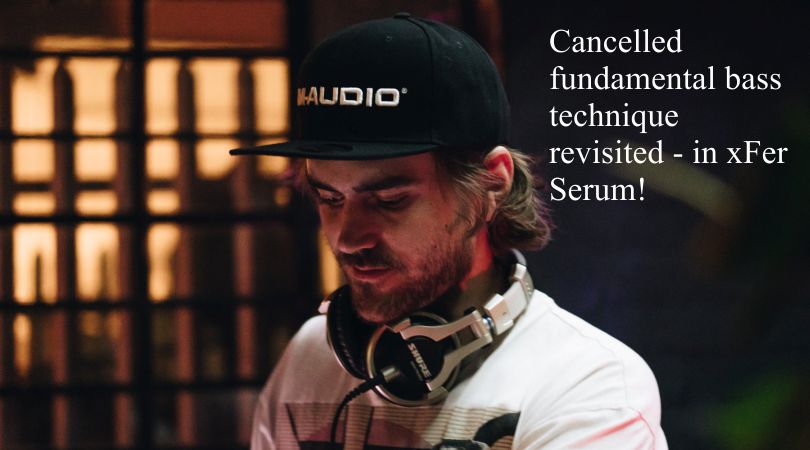 When initially attempting to recreate this sound in the xFer Serum plugin I was unsuccessful based on the fact that I was somewhat over-complicating things. I completely overlooked the fact that Serum has an additive mode built into the advanced waveform editor section. This allows you to build your waveforms from the ground up, using FFT theory. For those who don’t know too much about additive synthesis, FFT or “Fixed Fourier Transform” is the concept of building complex waveforms using a series sine waves at various frequency intervals. The difference in the interval’s amplitude and phase is what actually creates varying waveforms.

In additive synthesis, a Sawtooth wave (the basis of a large portion of psytrance bass sounds) is made up of sine waves spread at even harmonics through the spectrum. If we reduce the first parameter in the FFT view, we have removed the fundamental sine wave from the sawtooth waveform. Not only is this much easier than using the cancelled fundamental trick, due to the fact that we are using less resources – the process will be slightly more CPU-friendly.

Let’s look at adding some effects…

Serum’s sub oscillator features a very nifty “direct out” setting, that sends the oscillator directly to the outputs, bypassing the filters and effects. This is great if you want to add some heavy distortion or other processing without affecting the nature of the fundamental sub tone.

Here’s the previous episode on the Sylenth1 cancelled fundamental technique: