Today we’re looking at some advanced audio editing tips and the amazing capabilities that set Steinberg Cubase apart from the competition. 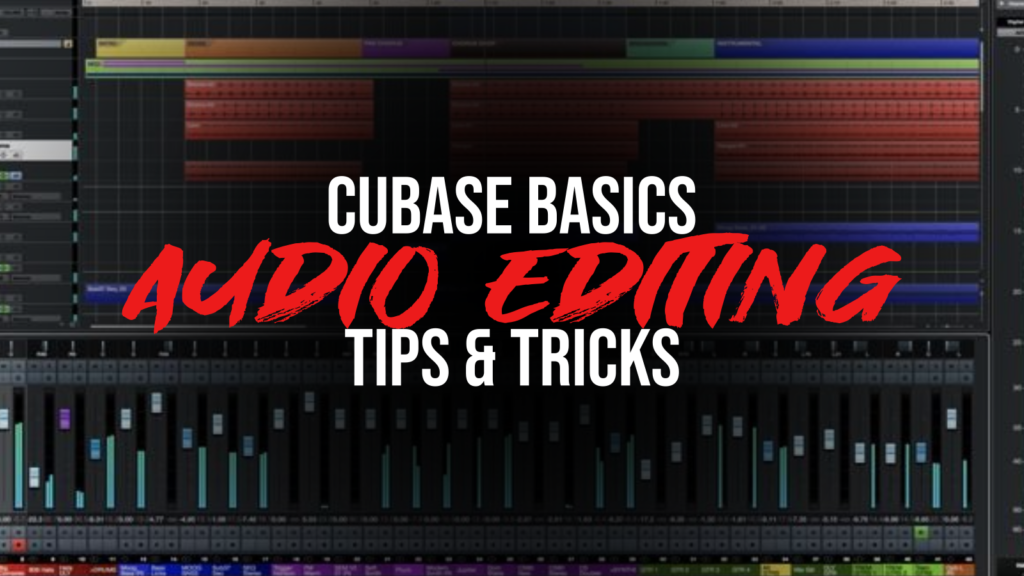 Steinberg Cubase’s audio editing capabilities are extensive and will probably need several tutorials to cover everything, however today I want to cover a few of the basics which I think set it apart from a lot of the other popular DAWs on the market.

First and foremost is the offline processing, essentially allowing you to print audio effects onto samples without having to load and render them, furthermore in later versions of Cubase – they have extended the capabilities to include the ability to go back to the processed samples and change them, similar to a kind of plugin freeze system.

The offline processing is great for loops which you may want to apply several different effects to the different parts of the loop, if you’ve got a drum loop you can put reverb on just the snare hits for example.

Cubase has another very handy feature called hit-points, allowing you to quickly slice an audio sample into its transient peaks – a very handy system to use alongside offline processing.

I hope those audio editing tips come in handy. Now onto warping your audio…

Something that I don’t often see talked about is Cubase’s warping abilities, much like Ableton, you can easily warp loops and samples to fit into almost rhythm and tempo, simple double-click on the audio file, head over to the inspector panel on the left-hand side and you have various settings under the “AudioWarp” tab, this is also where you access the Hitpoint settings.

Another massive audio editing feature in Cubase is the Track Versions feature, similar to the MIDI Track Versions, this is particularly handy for creating a bunch of different variations of edits or when you’re recording in several takes of an external instrument to get the perfect one.

For an in-depth walkthrough on advanced audio editing tips for Cubase check out this week’s tutorial video here: