The Western Cape Musician Association of South Africa was formed in April, 2017 and is a branch of MASA.

In a developing country like ours, it is vital for artists to band together in order to boost the music industry.

Unlike developed countries like the USA and the UK, South Africa doesn’t yet have official labour representation that can protect the interest of the creative workforce.

It’s a sad fact that musicians are regarded as ‘hobbyists’ instead of entrepreneurs therefor opening themselves up for exploitation.

Every musician can vouch for the financial instability that goes hand in hand with being a musician.

This is sad because musician is so close to magician, which is what they bring us, magic. 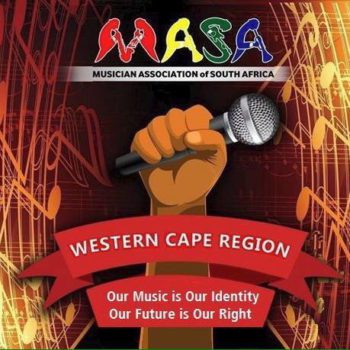 I don’t mean violently, but rather that they have been pivotal in 2 major events that greatly affect revenue streams of musicians.

Many musicians may not be aware of the affects such events could have on their careers.

MASA has taken a stand for all musicians, demanding better copyright protection, local content legislation and the regulation of venues.

They also hope to start music and art programs in schools and communities.

You can also visit ‘MASA WC’ on Facebook to stay up to date with their happenings.

Western Cape Musician Association will hold their first AGM on the 7th October 2017 from 12:00-15:00 at Guga S’thebe in Langa, where all musicians can come together in sharing ideas, contribute and if they wish, to register as a member.