Pioneer’s iOS DJ app, WeDJ which was only available for iPad before now, has just been released for iPhone. 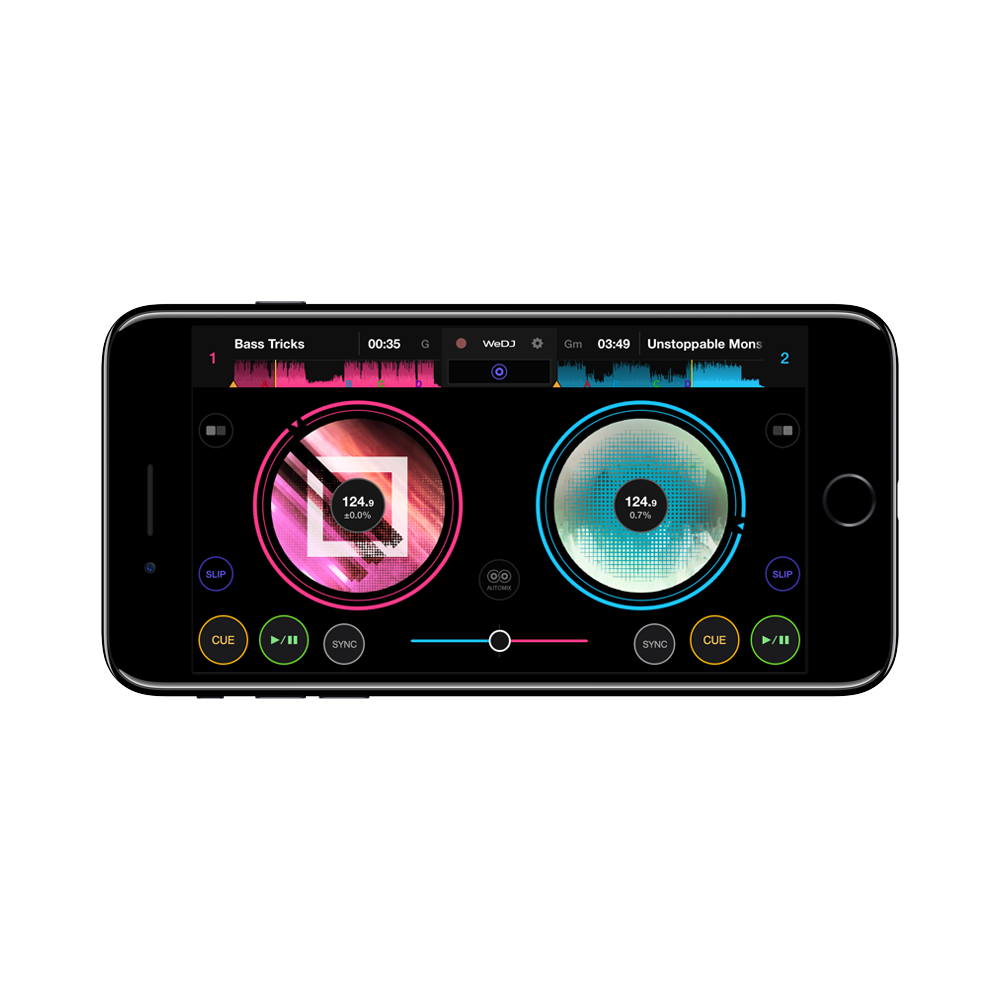 With WeDJ you can mix and add effects from your iTunes library and the new version is optimised for the iPhone.

The good news is that the iPhone version boasts the same features as the iPad version.

The interface is colourful and interactive with the colour of the jogwheels and waveforms changing colour to match album cover mages which not only looks super cool, it also helps you keep track of what’s playing.

Features such as sync to ensure your beats are matched and an Auto gain to ensure all tracks play out at the same volume free you up to do the fun stuff like trigger hot cues, loops and Pad FX as well as Combo FX.

The layout  is optimised for iPhone screen displays and if you have a WeGO4/WeGO3 controller you can actually plug directly in to the app for a proper tactile experience.

From then on, the app will be available at the regular price of €4.99.

Watch the intro video for the Iphone version below.