Vuo Pro 2.0 is a modular VJing application with a free version 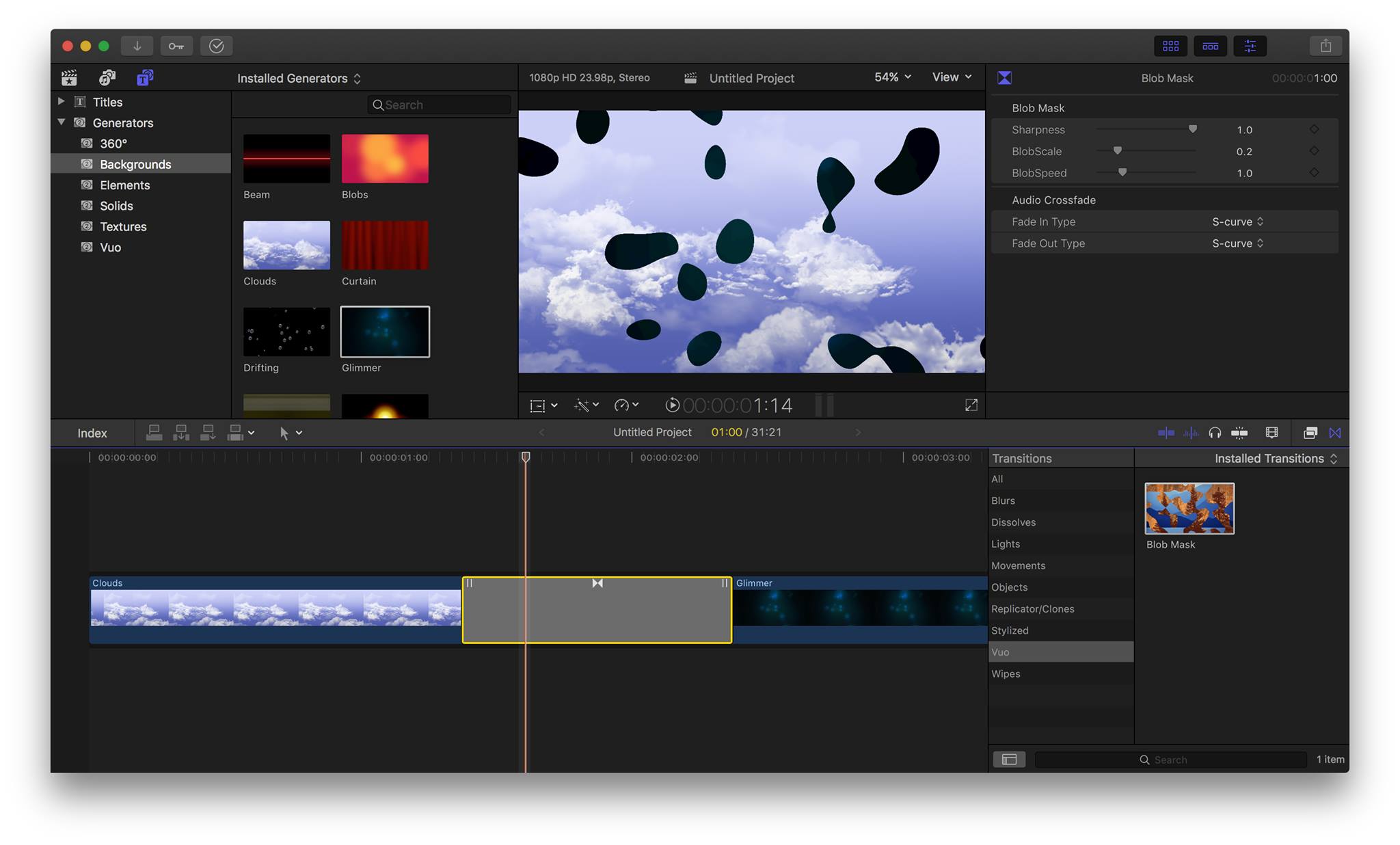 Vuo Pro 2.0 is a significant update to the previous version, now offering several export functions and a new open-source free version for personal use.

Visual processing and generation can be a very difficult nut to crack, and having an easy-to-use modular tool with an intuitive visual approach makes learning the whole system much easier.

Much like an audio modular system, you have a source – which can be an input, file or a random signal (noise), and then several processors and effects, much like filters and other effects for altering the signal in various ways.

The truly awesome thing about Vuo is that it allows you to export your creations as several different types of plugins for other software applications.

You have the choice of exporting your creation as a FxPlug for Apple Final Cut Pro X and Apple Motion or as an FFGL plugin for Resolume, VDMX, Isadorra and more.

The good news and the bad news…

The good news is that Vuo is available as an open-source free version for personal use, of course, there are some limitations such as a maximum resolution of 1280 x 1280 and several more advanced processing effects.

The free version also does not allow for exporting your creations as a plugin, that is limited to Vuo Pro 2.0.

The bad news (at least for Windows users), as you may have guessed by the Final Cut compatibility, the application is for Mac OSX only.

However, if you’re looking at getting the software, the full-on Pro version will set you back USD $299 (Around R4800).