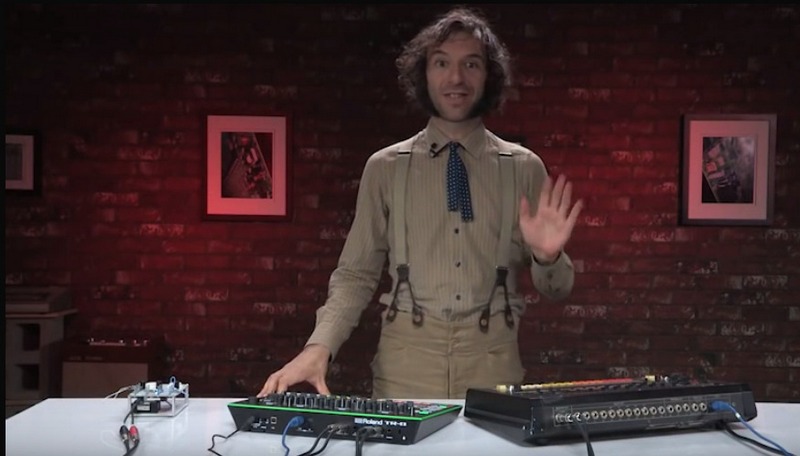 Watch this video from electronic producer, Daedelus as he laments the virtues of using outboard gear.

Daedelus is a producer from California who has released no less than 15 albums since 2001 making him one exceptionally prolific producer.

He toured South Africa in September playing the CHURN FESTIVAL in Jozi as well as ERA nightclub in Cape Town and a Wolfkop Weekender Party which really blew people away.

Aside from his wacky dress sense, Daedelus is a real hands on performer opting or devices such as the Novation Launchpad to trigger clips and remix his productions on the fly.

In this video Daedelus talks about the impact the Roland TR-808 had on dance music and how the character of the instrument influenced entire genres of music. He then explores the new analogue-modelled Aira TR-8 which is based on the original TR-808 by comparing the two with a short routine.

The big win on this video is his quirkiness and pure passion for all things analogue and it’s a really strong motivation for the use of gear such as the TR-8.