The highly renowned UAD Apollo line of audio interfaces just got an update, with better AD/DA conversion and more. 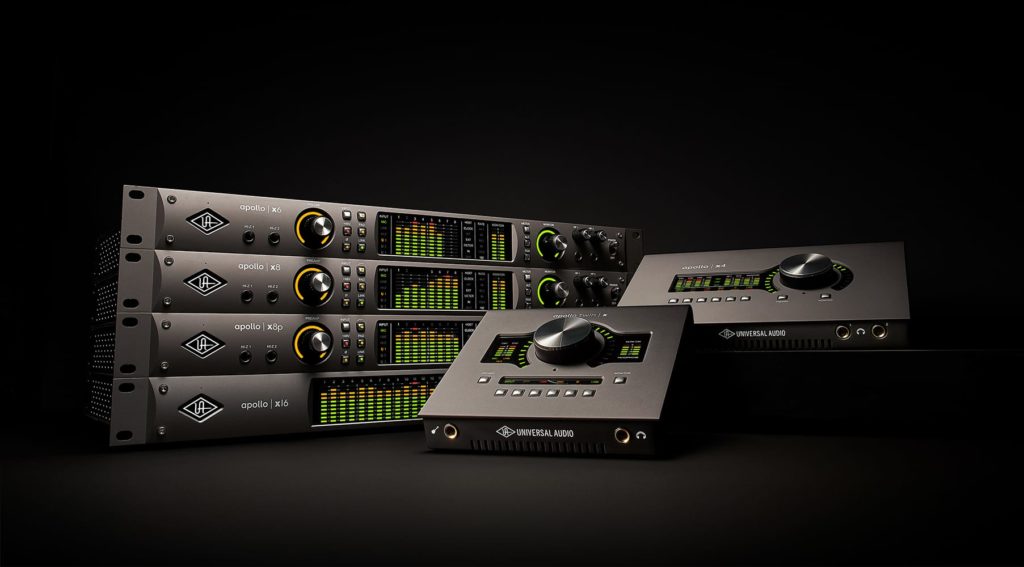 First up is the new Apollo Twin X, available in both a duo and quad-core version for onboard DSP processing.

The Twin X features a further eight inputs via ADAT, so it’s expandable. It’s got stereo balanced output for monitors and a further output that’s assignable.

Next up in the new additions to the line-up is the Apollo x4, an expanded variation on the Twin X – it features four Unison microphone preamps, with two Unison-enabled instrument inputs at the front.

The Apollo x4 only comes in a quad-core version, it features an ADAT input and output for extra expandability. There are two independent headphone outputs, allowing you to monitor two different sources simultaneously.

What’s in the box…

Both of the new interfaces in the new UAD Apollo line-up come with a variety of highly acclaimed UAD plugins, which can be loaded and used in real-time thanks to the DSP processing on the interfaces.

The interfaces work with Windows and macOS, however, they do require a Thunderbolt 3 connection and for some strange reason, the cable is not included in the box. UAD interfaces are not cheap, however they are renowned for their quality and come with some high-end software.

The retail pricing is as follows:

For more information check out the Universal Audio website here.

This man needs no introduction - @TimmyTrumpet 🎺

Be part of the magic, get your tickets now at http://UltraSouthAfrica.com/tickets

All Day Drum & Bass Music Out In The Fresh Open Air

We welcome you to the next chapter of our Drum & Bass journey in Cape Town.

Are you ready, Africa? The official video for @KiddoCSA_ and @BlaqBonez’s #Blessed drops TOMORROW 🔥🔥

Prepare your combos Cotton Meisters because we’re bringing the ❄️ to #CottonFest2023.
JHB, let’s unite for another unforgettable Cotton Fest experience on 4 Feb at The Station, Newtown.
Class of #UCF2023, are you ready? Buy your ticket now: https://bit.ly/3JyP2Pk
#JägermeisterSA