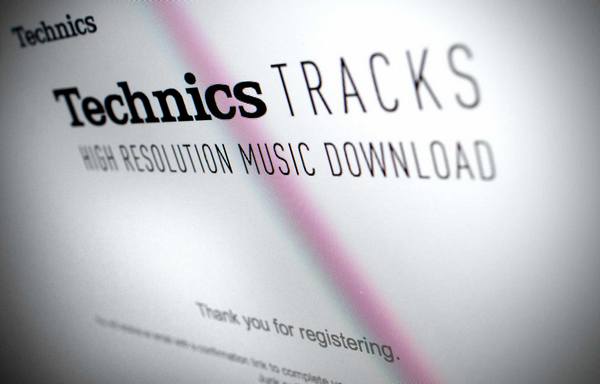 Technics Tracks will launch in January 2015.

Well Technics Tracks, much like Neil Young’s new download service in the States called Pono, is part of the fight back against bad audio that has plagued music with the proliferation of MP3 players and phones as consumers’ main source of music listening.

Whilst Pono is only available in the USA, the sad news for us down south in Africa is that Technics Tracks will only be available in Germany and the UK when launched in January 2015. We’ll probably get it a year later, if we’re lucky, although with current bandwidth costs the demand here will be significantly less.

For DJs this is not really massive news since Beatport, Junodownload and Traxsource, to name a few, all already offer high definition uncompressed WAV files. But for the end-user consumer market this is great news for music producers knowing that their music will be delivered at decent quality in future.

Music purchased on Technics Tracks will be stored in a cloud locker and you will be able to download your files to multiple devices. The store will be accessible to both PC and MAC users and apps for both Android and iOS will be available too.

Technics Tracks is a platform, where listeners can not only download their favourite tracks in stunning 24-bit quality but will also be a rich source of news and editorial content on hi-res audio releases: another step in supporting our ultimate goal of bringing the world’s highest-class audio experience to serious music lovers.’’

So whilst Pono (USA) and Technics Tracks may not have plans to make these services available in sunny South Africa just yet, the good news is that the industry is at least intent on moving away from crappy compress audio formats. Finally the modern day teenager may discover what music audio is really supposed to sound like.

Next up, let’s hope the news that broke in September by Panasonic that they plan to revive the Technics SL turntable becomes a reality soon.