Superbooth 2019 saw the original announcement of the Superlative SB01, we’re glad to announce the project is coming along nicely. 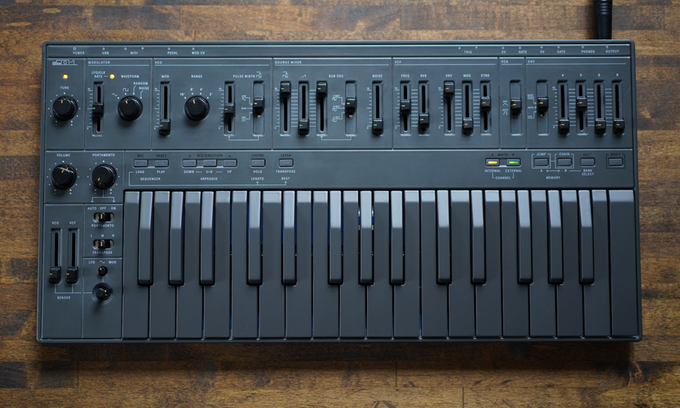 We’re seeing a lot of recreations of classic synths and drum machines in various shapes and sizes; this one is particularly unique in that it’s the first time ever that we’re seeing an analog synth with a rechargeable battery.

The Superlative SB01 is a fully modernized tribute to the classic Roland SH-101, the analog voice sections is a one-to-one recreation of the original circuitry while almost every other aspect has been revamped.

A few aspects have been reworked since its original announcement at Superbooth 2019, they’ve incorporated a full aluminium chassis and reworked the step-sequencer – the result is a dual-layer arpeggiator/sequencer section allowing you to control the internal voice and an external synth from a single unit.

Considering the really intuitive approach to sequencing that the original SH-101 offers, this is great – especially for live performances.

The synth has been modernised in almost every way, from the functions to the sleek new design. The low-profile keyboard and controls alongside the internal battery make it incredibly compact. A fully recharged battery should last up to 16 hours.

With over a month left to go on the campaign, the Superlative SB01 smashed their target of USD $101 000 – so obviously people want to see this in production, as much as I do!

They’ve already sold out of “Super Early Bee” pledges, however you can still get one if you back the campaign with USD $999 (Around R14k excl. duties), and it looks like they will retail at USD $99 thereafter – although they haven’t given us the exact details there.

We recently featured the Superlative SB01 on a list of exciting classic remakes from Superbooth 2019, check that out here

For more information check out the Superlative website here

Check out their Kickstarter campaign here