The new Steinberg UR-C audio interfaces were recently announced, they boast a variety of interesting features. 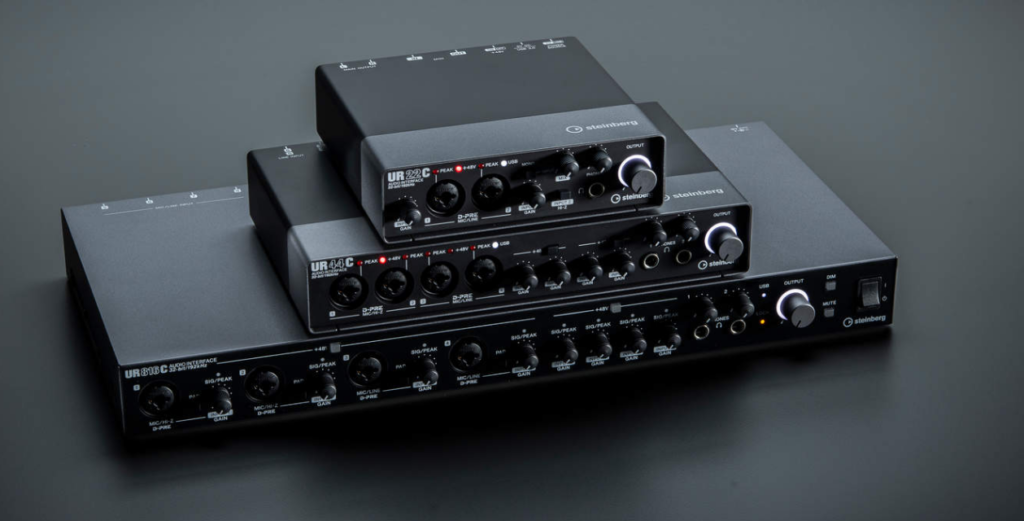 One of the greatest features in the new Steinberg UR-C series is the integrated DSP FX, this allows you to record or monitor with effects without any extra strain on your DAW. This is fantastic to maintain low latency recording systems, but it also allows you to apply effects to a monitor signal while recording a completely dry signal to later apply more advanced processing. One of the best features here is that all the settings of the DSP FX are accessible from directly within your Cubase channel’s inspector panel.

You also have direct access to various hardware and driver settings such as high-pass, phase invert and more, from directly within the inspector panel – this minimizes having to jump between application windows to speed up workflow.

The new UR-C series also makes for a great mobile recording system, the UR22C and the UR44C are both capable of being full-powered by USB. Using an iPad Pro or an iPhone and a powerbank, you have a very compact recording solution. The interfaces will also work plug-and-play with most iOS audio, video and streaming applications.

All the new UR-C audio interfaces are built into a rugged metal chassis and they boast 32bit/192khz resolution at incredibly low latencies, D-Pre microphone preamps with 48v phantom power and MIDI I/O. Each interface in the new range ships with an extensive bundle of software, which includes the dspMixFx system which allows you to adjust the interface’s internal DSP settings on-the-fly.

The new Steinberg UR-C interfaces are retailing at the following prices:

They also offer the UR22C Recording Pack which comes bundled with a condenser microphone and monitoring headphones. The Recording Pack retails for USD $439 (Around R6750 excl. duties).

For more information check out the Steinberg website here.