SoundSwitch 2 is out and now compatible with much more hardware 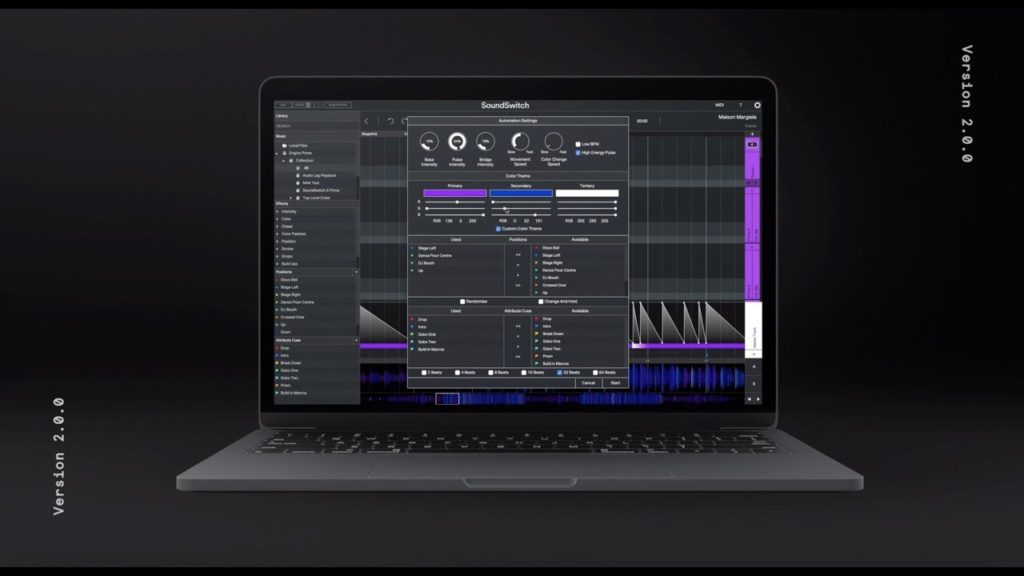 SoundSwitch is software that allows DJs to take their performances to the next level by giving them direct control over their lighting systems.

SoundSwitch can automatically generate light shows and allow DJs or lighting engineers to pre-program shows from scratch or use presets to further edit.

The software makes life a whole lot easier for those who want to create a more compelling performance, but don’t know anything about setting up and controlling lights.

It’s also a great way for more advanced users to create visual performances to run in the background, synced up perfectly to the music in their sets.

SoundSwitch 2 brings a variety of new hardware onboard, such as the Numark hardware that is enabled with Serato DJ Pro and of course Denon DJ.

The SoundSwitch software uses a USB-to-DMX interface that connects directly to your lights, the software comes with presets for a ton of popular lights so you can get started quickly.

The interface comes free with a lifetime software purchase or any subscription plan over three months.

The software also works with various other industry standard DMX interfaces in case you already have one.

SoundSwitch allows you to pre-configure lighting shows while still retaining real-time control in case you want to change something on-the-fly. It’s super intuitive, if you’ve spent a few hours in any leading DAW, navigating around the software it won’t be difficult at all.

The pricing is as follows:

For more details on Soundswitch 2 check out the website here.