European developers, Sonarworks SR, specialize in acoustic calibration – the accuracy and reliability of their software quickly made it an industry standard. 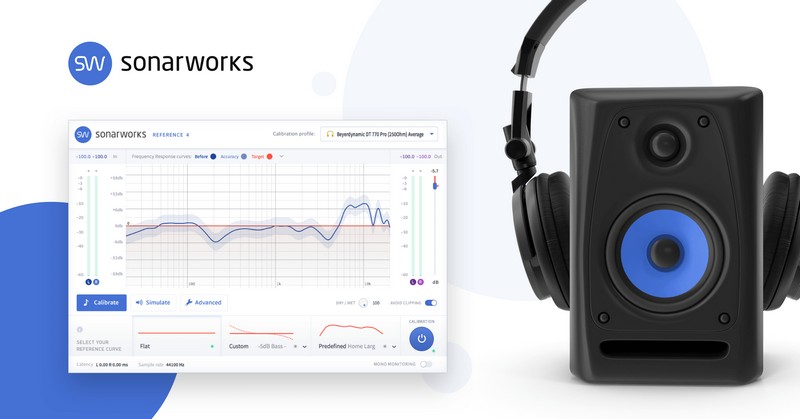 The Sonarworks software was originally created to improve the sonic accuracy of your listening environment, whether you use headphones or studio monitors. Sonarworks allows for various ways to configure it, either you can use a special analysis microphone to get a representation of the frequency response of your room, or you can choose from a plethora of leading headphone brands and models.

As ground-breaking as this technology is, it creates a noticeable difference between monitoring in headphones and monitoring on speakers, as accurate as both examples are. Well the engineers at Sonarworks have taken it a step further – they’ve created Sonarworks SR, which is a new “standardization methodology” which promises to resolve the issue of varying reference points.

Sonarworks SR actually promises to deliver the same accurate response on speakers as it does on headphones. The Sonarworks SR system works by setting the frequency response according to both calibration of the speakers, and pre-set headphone algorithms, specific to your exact pair of headphones!

Why is this such a revolutionary advancement?

“The entire professional audio community is acutely aware of the fact that every room and every headphone invariably have the effect of colouring sound. This has had an enormous negative impact on both costs and productivity — not to mention creative workflow. We estimate that at least one-third of the effort in the music industry is spent dealing with translation issues,” said Martins Popelis, VP and co-Founder of Sonarworks.

“By establishing Sonarworks SR, we have an opportunity to align the entire audio industry on a common audio reference that works with unprecedented accuracy across different locations, devices and operators. We want to liberate music creators from monitoring translation issues, so they can focus on musical decisions rather than working around the physical limitations of their room and gear,” he added.

To join the host of Grammy winning artists and engineers who already rely on the Sonarworks system,