Softube’s Console 1 brought the sound of legendary analog consoles and effects to the conveniences of the digital world. 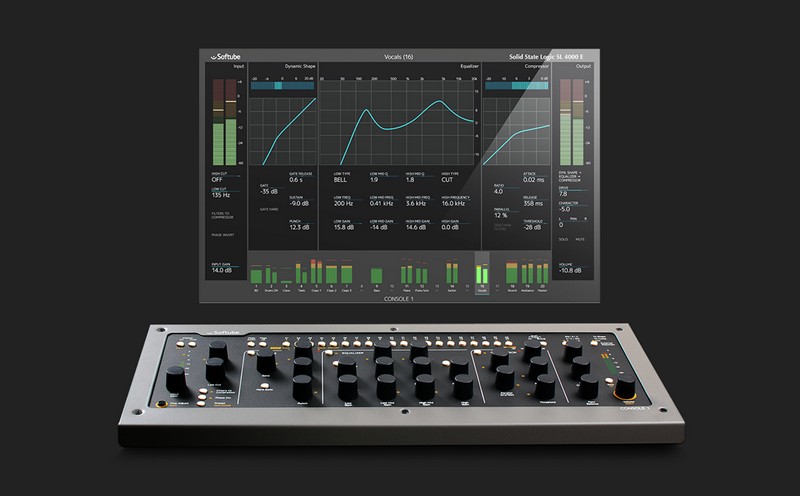 A huge selling point for Console 1 is the seamless integration with Softube’s plugins, allowing intuitive control over all the parameters.

The layout and feel of Console 1’s controls pay homage to the original devices while bringing them into the digital world, automation is a breeze and hardware VU meters making monitoring levels quick and easy, much like it would be using an analog console.

One of the major draw cards for Console 1 is its incredibly small footprint, which is generally negated by the need for a dedicated DAW controller, however that’s about to change for Cubase users.

Softube and Steinberg have teamed up to introduce seamless integration between Console 1 and Cubase. The new initiative brings intuitive control to the Cubase mixer, channel selection and a host of shifted functions for controlling multiple parameters at once.

The Weiss DS1-MK3 is a legendary piece of gear, highly regarded by some of the world’s top mastering engineers. Sadly, the price tag places it far out of reach for most of us, about USD $10000 to be exact.

You can imagine the sigh of relief uttered by mastering engineers the world over when Softube announced an honest software emulation of the Weiss DS1-MK3.

The plugin is not cheap (USD $549 or around R6500), however it is officially endorsed by Daniel Weiss who claims it is an exact port of the code from the digital hardware. For those who still feel the price is high – they offer another, more simplified, plugin called Weiss MM-1 for USD $199 (around R2350). The Weiss MM-1 hosts the same legendary algorithms as the DS1-MK3 in a much more simplified package.

Great news all-round for Softube Console 1 users, especially those who use Cubase Pro!