The Slite modular guitar fits in a backpack

The Slite is a modular, collapsible, all-in-one electric guitar that takes under a minute to assemble! 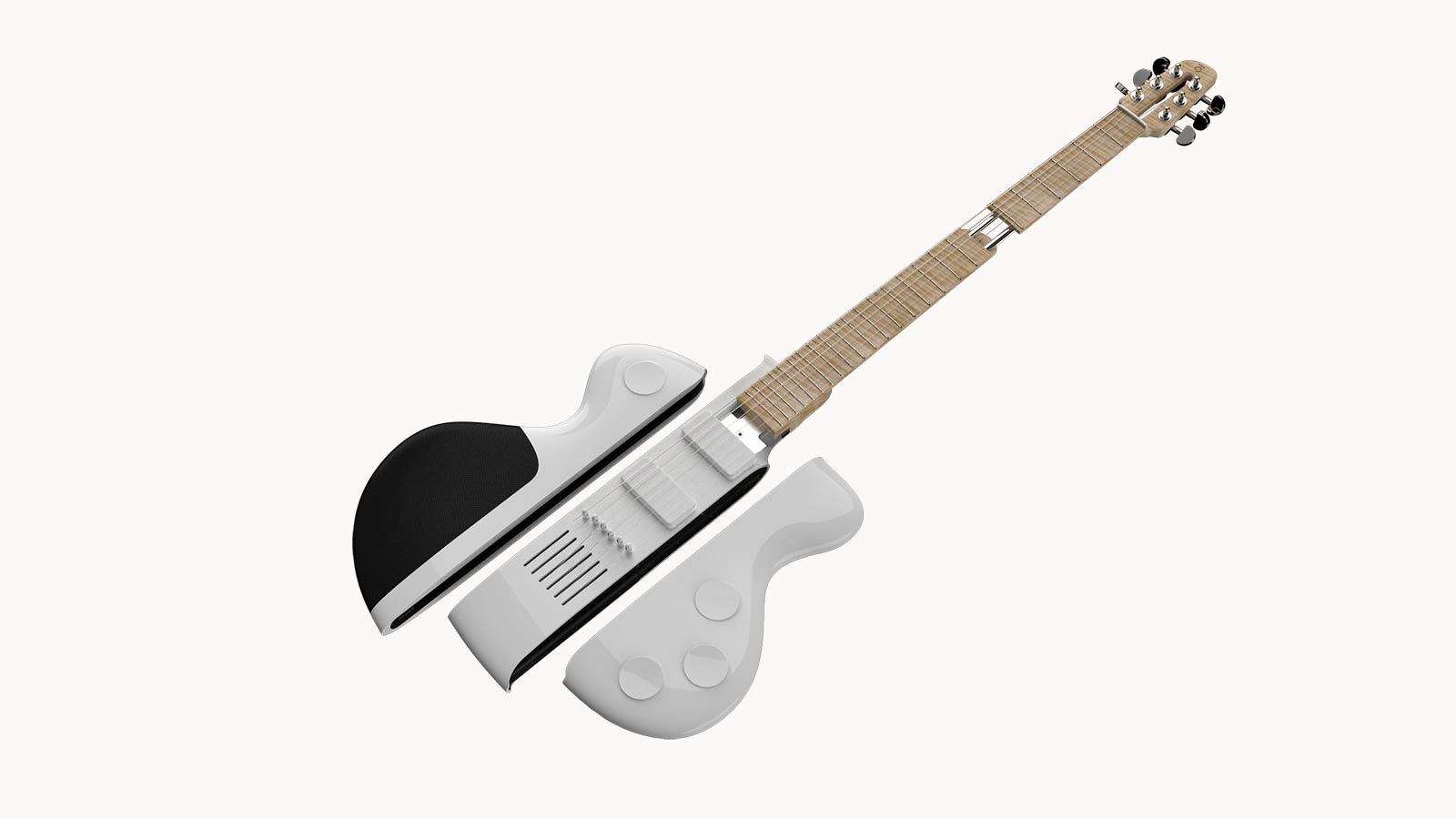 Currently on Kickstarter aiming to raise $120k in pledges, The Slite is a full scale electric guitar that can fit in a bag as small as a laptop bag.

The Slite can be taken down to 5 parts to be stored in a 4”x11”x18” travel case, allowing it to fit into almost any place, from a plane or train overhead bin to a motorcycle case.

The Slite itself weighs under 3kg, along with a 600g case.

“We think that the guitar should be good enough on its own, not needing any external modules to allow you to perform and express your creativity anywhere you like,” says Alexandre Albisser, Co-founder and CEO.

The Slite in detail…

The body has an aluminium core, onto which an upper and lower module can be connected.

The body is made of recyclable glossy ABS, while the neck is maple.

The Amp version of The Slite has a top module that is fitted with a 15-watt amplifier and  battery that can last up to six hours of playtime.

There’s also a headphone jack so you can practice on the train, bus…anywhere.

Check out the videos below…