The Serato Studio 1.4 update is here, introducing a variety of new features to the music creation software. 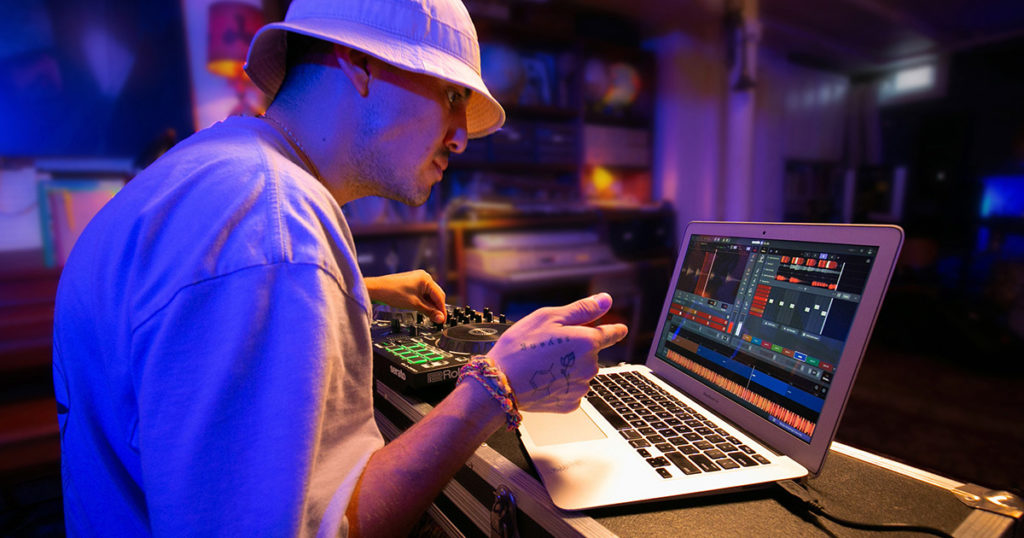 Serato has just announced an update to their music creation software, Serato Studio. The 1.4 update includes several new features, most notably is the addition of audio channels. This is a big move, as I’m sure the decision to originally exclude audio channels was made, however more and more DJs are turning to Serato Studio for DJ edits as well as using it as a beat making system. This also creates a quick and easy system for beatmakers and remixers, who may not be too well-versed in the more advanced DAWs.

Alongside the new audio tracks, Serato has also added a new slicer mode – allowing you to automatically slice an entire track into samples with a single click. Since the beginning, the software has boasted an incredibly intuitive approach to beat-making – with its sleek and non-complicated interface, and now they’ve added a “landing page” allowing you to choose whether you will be creating a beat or doing a DJ edit, and then automatically sets up your session for you.

It is now available as a one-time purchase, not just subscription plan…

Another huge decision surrounding the new Serato Studio 1.4 update is the decision to make the software available as a one-time purchase, where previously it was only available through a subscription service. These are small features, but together make the Serato Studio platform much more appealing to newcomers to the world of music production.

Serato has set the purchase price at USD $199 (Around R3000 excl. duties) which is not bad considering it’s quickly becoming somewhat of a fully-fledged DAW.

For more information check out the Serato website here.