Serato celebrates 20th anniversary with part one of the documentary out now.

20 years ago, two computer science students from New Zealand created Serato, a company that has revolutionised the digital DJing scene on a global scale. All it took was out of the box thinking, tenacity and an uncompromising attitude.

Serato is celebrating this momentous milestone with a three-part documentary series and limited-edition box set which includes a photo book and control vinyl.

The documentary series, of which part one is already live, chronicles Serato’s meteoric rise from humble beginnings to the stalwart music brand they are today. 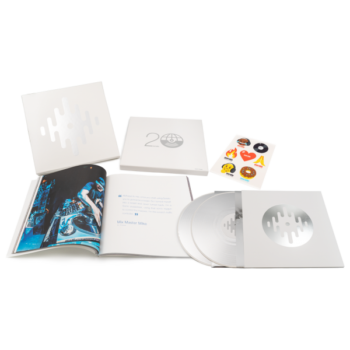 “Right out of the box Serato was a game-changer. Here’s a company who came out of nowhere with the Willy Wonka Golden Ticket, and all of a sudden they’re the industry standard…they dominated the whole system.”

Besides the documentary series, Serato is also releasing a limited-edition box set, which will include:

The box set is available for purchase from the Serato online store and selected retailers worldwide – take a look at the unboxing video for a closer look.

Serato celebrates 20th anniversary; watch part one of the documentary series below and watch out for part two, geared for release this May.