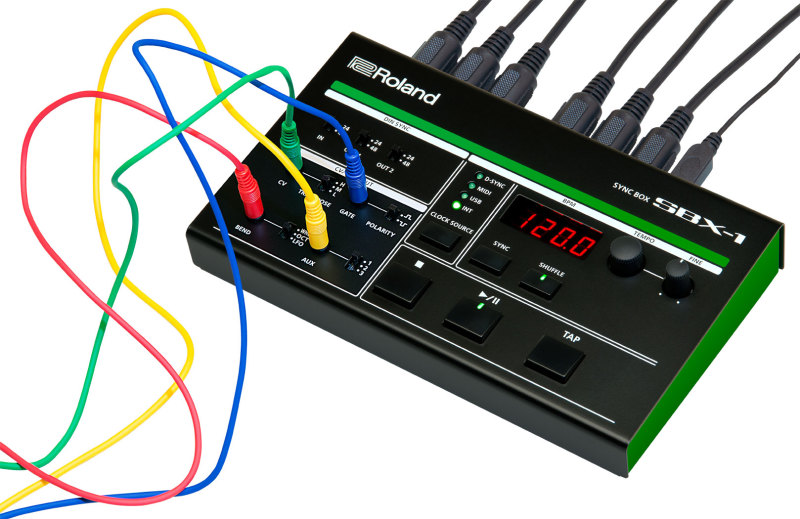 The SBX-1 Sync Box is designed to integrate the new Roland Aira devices with older pre-MIDI gear. Unlike the Aira series and most modern outboard tech, the old analogue stuff did not have USB and sometimes not even MIDI such as the TR-808, TR-606 and TB-303. In the 90’s Roland built a handful if similar units such as the SBX-10, SBX-80 and SBX-1000 converting between DIN, MIDI and SMPTE.

The SBX-1 Sync Box will allow clock signals to be converted to and from MIDI, USB, DIN and CV/gate, with adjustable swing, programmable CV LFOS and a stable internal clock source for good measure.

Aside from simply connecting all your old gear to the new stuff, the SBX-1 Sync Box is also ideal for jamming with others as you can link multiple instruments – synced to a master midi clock of your choice, but with its built-in CV/Gate outputs, LFOS and other performance features the creatives possibilities are endless for making use of FX on one unit via the output of another.