Roli Lumi is an intuitive, compact keyboard aimed at teaching you to play – with light-up keys and intuitive mobile app. 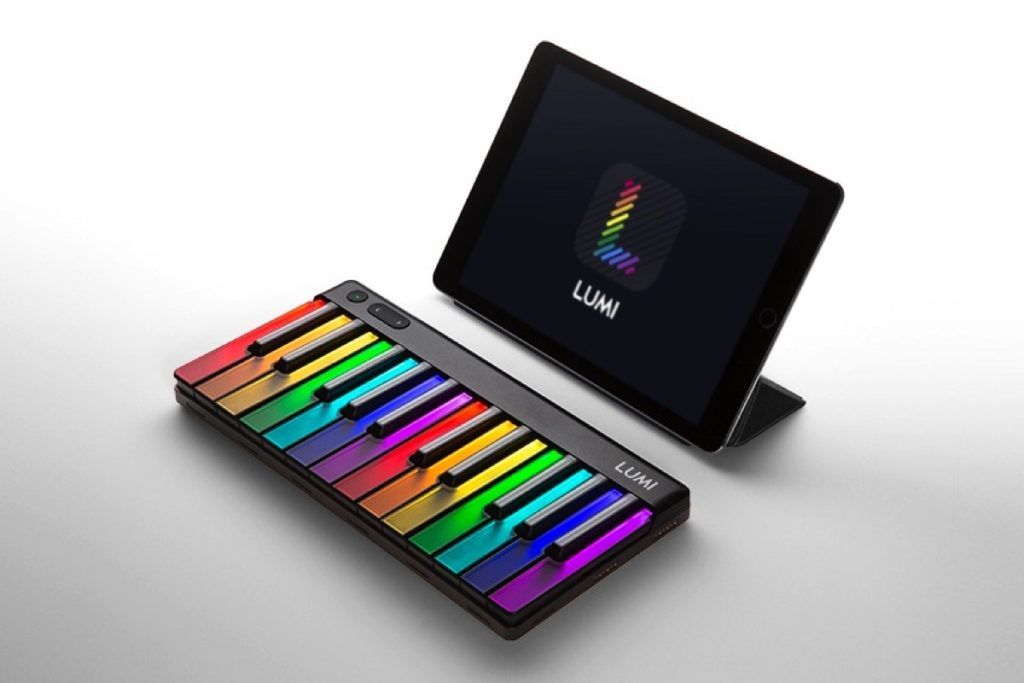 Roli recently released a teaser video which we speculated on, the teaser claimed that the new product would change the way we learn how to play music, and there was a huge focus on colour in the video. The launch is here and we weren’t far off on our estimations.

The Roli Lumi is a new advanced portable keyboard from the creators of the Seaboard and Blocks systems, the new keyboard is designed around illuminated keys and an app that syncs up and teaches you to play using a colour system.

The Roli Lumi app features a Guitar Hero-style mode that allows you to set it to progress at your pace, automatically or as you strike the correct keys. The app also scores your runs allowing you to track your progress as you learn.

Roli Lumi also features a “Jam Mode” which allows you to choose your favourite songs and play along or improvise over the top. The keyboard will illuminate relevant notes in the current scale or chord so that you always fit the music you’re playing along with.

The most advanced portable keyboard ever made?

The Roli Lumi app features a dual screen mode, allowing you to watch tutorial videos while playing in the various modes, it also has built in interactive tutorial video lessons which have an intuitive pause built-in which only progress when you strike the correct key.

The Lumi claims to be the most advanced portable keyboard ever made, it’s great for beginners and more experienced users alike. You can snap two or more Lumis together to expand your system and it works with most leading MIDI-compatible DAWs on the market.

Roli launched the kickstarter campaign for the new Lumi two days ago and it’s already beyond the target by several hundreds of thousands of dollars. This one is going to be a hit. It’s set to retail at USD $249 (Around R3600 Excl. duties), check out the Kickstarter campaign here for more details.