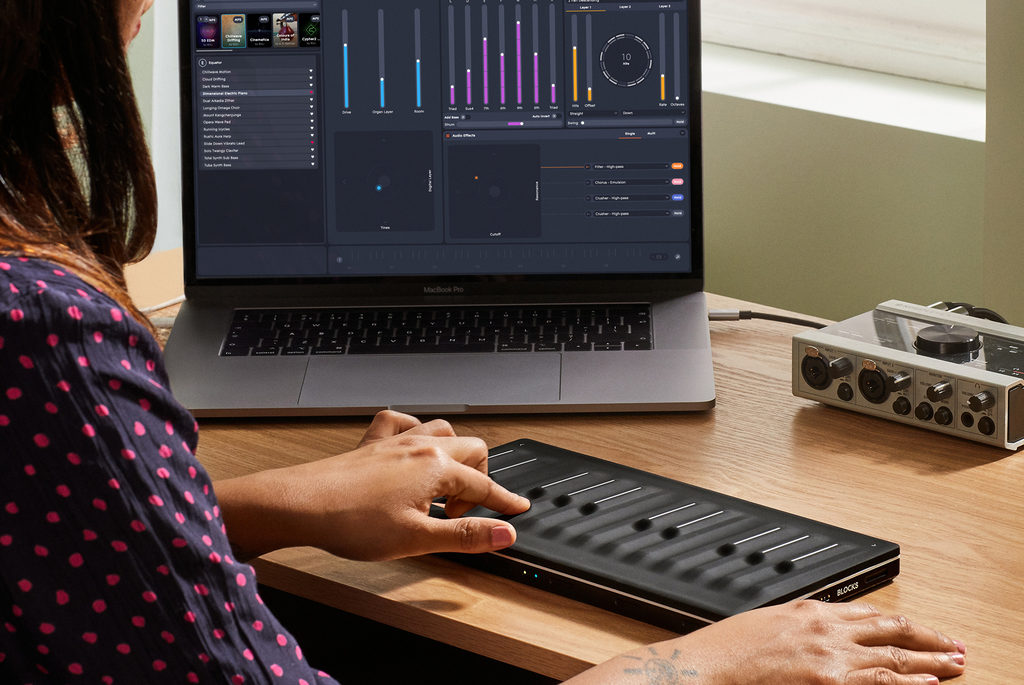 The focus with the new Roli Blocks Studio Edition is deeper DAW integration, and on the topic of DAWs – Roli has announced their own music creation software platform, “Roli Studio”.

The idea behind the new DAW is to unlock the full potential of all Roli’s MPE controllers, one of the biggest features being a new instrument called Roli Studio Drums – which lets users manipulate drum sounds in real-time, using the expressive nature of their Roli device.

Roli Studio Drums syncs up perfectly with the Roli Lightpad Block allowing you to sequence and then manipulate your sounds all from a compact and incredibly simple interface.

The Roli Studio DAW also features a very intuitive Smart Chords mode, which automatically detects what you’re playing and gives you thoughtful suggestions on what to play next.

Another unique feature is the multi-layered arpeggiator, allowing you to create interactive rhythms by layering various different arpeggiator settings.

So far, these are just software updates… What about the hardware?

The new Roli Blocks Studio Edition also features some hardware updates, although they haven’t given us too much information to work with in that department.

We do know that the new series features enhanced finger-tracking, MPE expression outputs, Bluetooth support and the ability to connect multiple systems together.

The new series is set to launch at the end of this month, October 2019. The package is bundled with the new Roli Studio software which includes some of their already highly renowned software plugins, most notably Cypher2 and Strobe2. Retail pricing is as follows:

For more information check out the Roli website here.