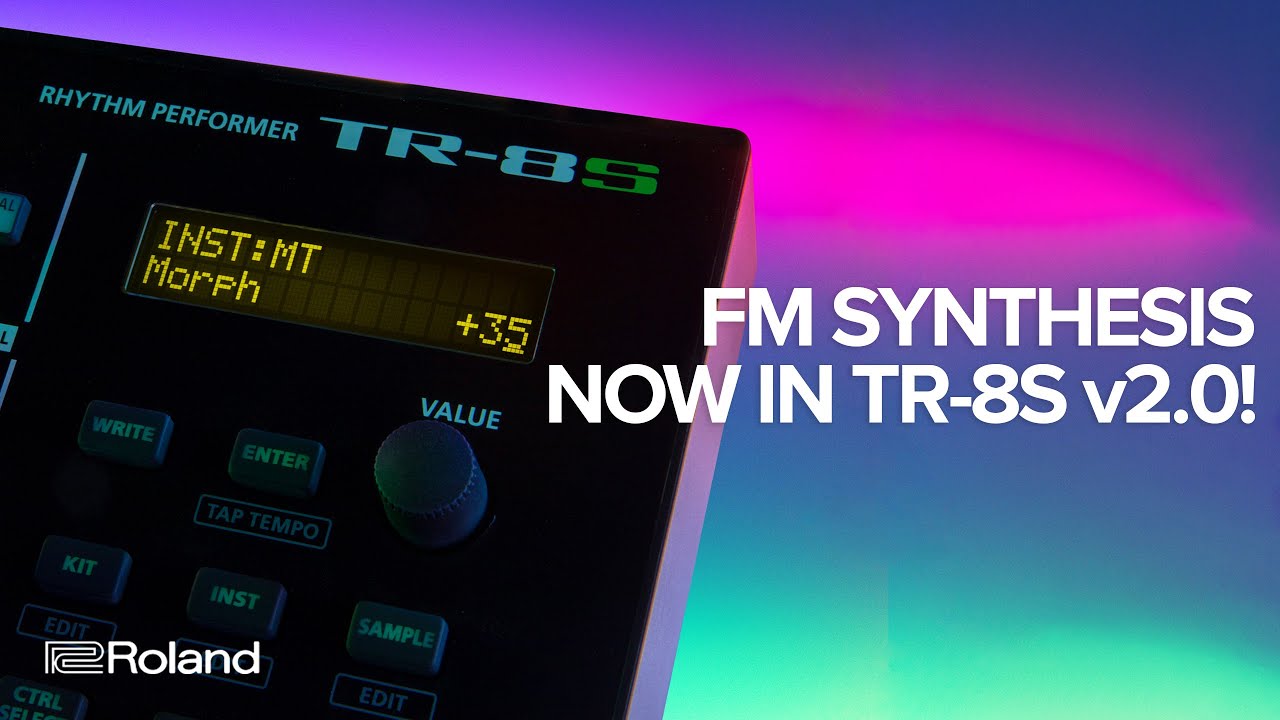 The powerful new Roland TR-8S firmware update for the flagship drum machine in the AIRA series continues the genre-defining legacy of legendary Roland drum machines like the TR-808 and TR-909.

The forward-thinking Roland TR-8S Rhythm Performer has been lauded by musicians, producers, and reviewers around the world.

The free Version 2.0 update makes this already-powerful instrument the most complete drum machine ever, offering next-level enhancements like an FM synthesis engine with Morph control, expanded performance effects, and helpful reload functions to speed up workflow.

FM sounds can be freely blended with classic TR sounds and custom samples, paving the way to never-before-heard grooves.

The TR-8S includes many percussion-tuned effects for enhancing individual sounds or entire kits with character, depth, and space. Version 2.0 adds Saturator, Freq Shift, Ring Mod, and Spread effects to the mix, which can be assigned to control knobs for shaping sounds on the fly.