The Roland SP-404A is a linear wave sampler based on the popular SP-404SX, designed to be used on the move (sampling) and in a Dj setup for performance. 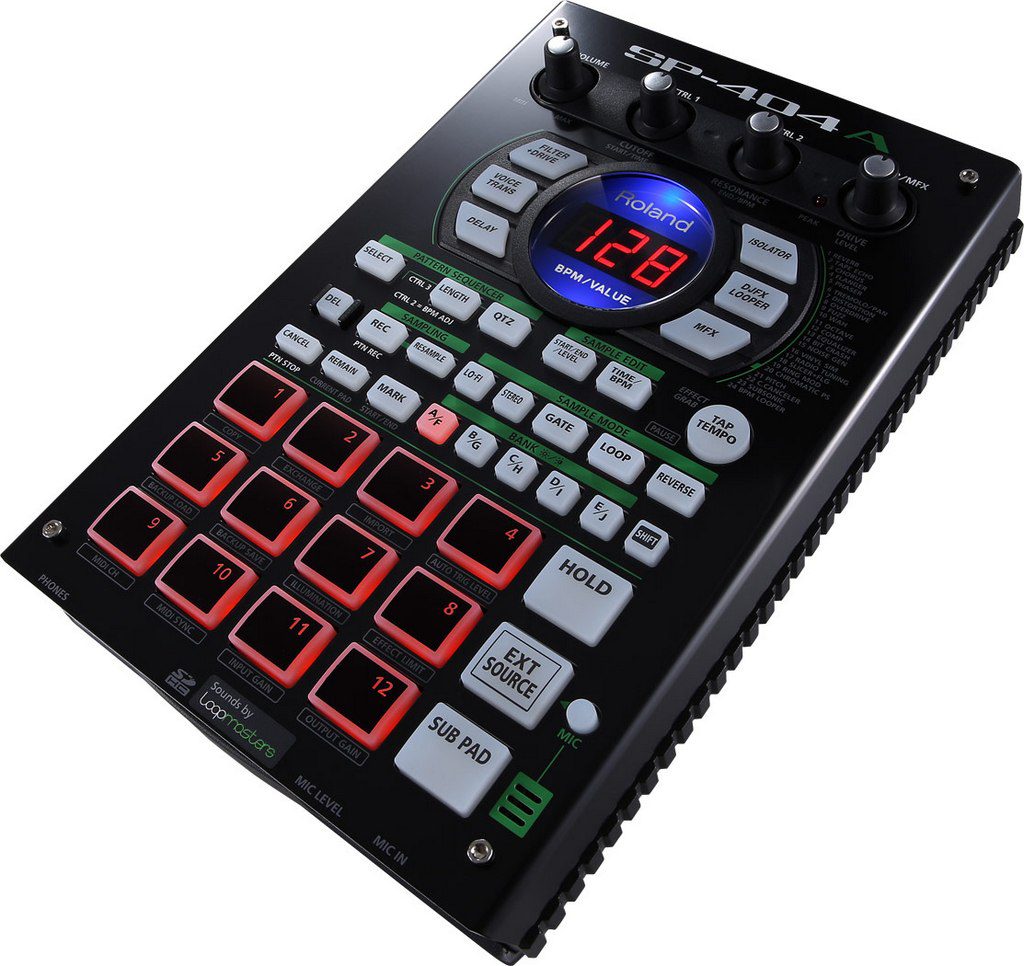 The nifty thing about the new Roland SP-404A is that the ‘A’ is for AIRA. You see this new addition is designed mainly for live use and will expand the sounds of the Roland AIRA TR-8 Rhythm Performer once they’re linked up.

But the SP-404A is also a great portable standalone sampler to carry with you; it has a built-in mic and can be battery powered so you can actually grab a sound and record it no matter where you are.

The Roland SP-404A has all the same functions and features as the SP-404SX such as 16-bit linear sampler, 29 DSP effects onboard, quick and easy FX switching, 12 pro-performance pads, and the pattern sequencer.

What’s cool though is that the new ‘A’ version can be triggered from the TR-8 via MIDI so by linking the two you open the Rhythm Performer up to whole new range of sounds. They will obviously also be synced to a single MIDI clock so running a pattern sequence of each device could create some awesome jamming opportunities for a two-man live act.

So one can incorporate samples from the SP-404A and use them together with drum patterns from the TR-8 for example; in fact the TR-8’s 11 tracks can trigger a sample on the SP-404A, play a TR-8 sound, or both.

Also think of the potential when you use the TR-8 as an audio sub-mixer and processor for the SP-404A.

When you do this all samples played on the Roland SP-404A can be effected using the TR-8’s Scatter feature to reverse, glitch, gate, truncate, stutter, and perform all types of rhythmic variations in perfect sync. Samples can also be controlled by the TR-8’s per-step Side Chain function for rhythmic ducking and gating effects.

The Roland SP-404A includes an SD card loaded with a library of new sounds created by Loopmasters, so that’s an excellent way to get started.

In a nutshell the SP-404A is designed to work seamlessly with the TR-8 and enhance one’s overall performance arsenal.

SP-404A Features at a glance