1996 saw the release of the hugely popular MC-303 Groovebox, Roland MC-707 and MC-101 are grooveboxes for the modern generation. 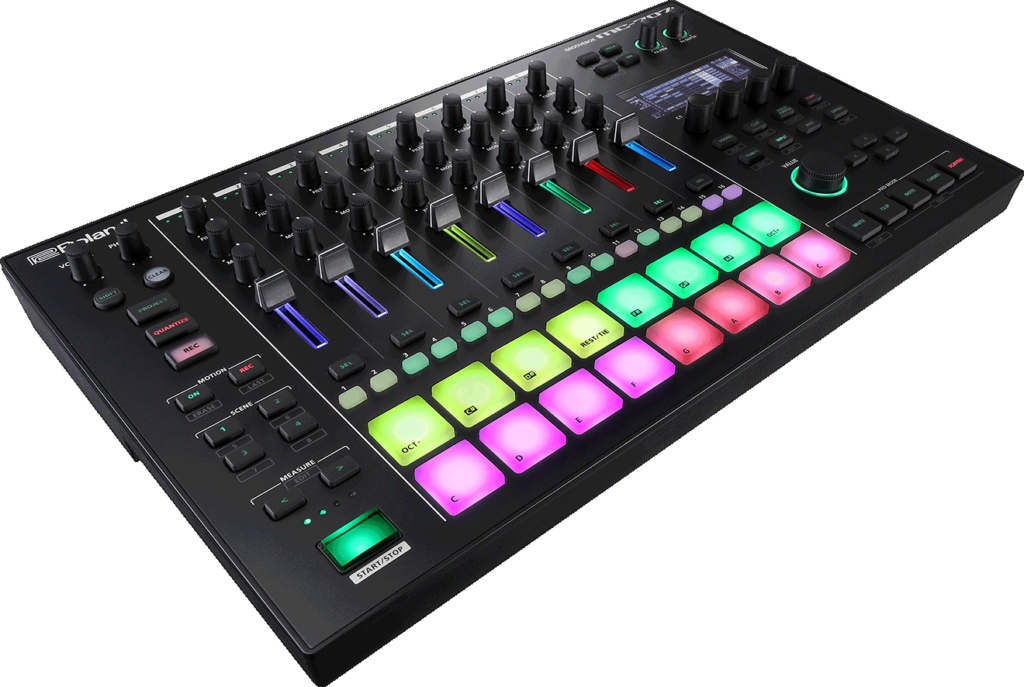 The original Roland MC-303 quickly became renowned due to its incredibly intuitive operation, wide range of sonic capabilities and its very low price. For the first time, people with little-to-no musical knowledge or training behind a musical sequencer, could sit down and within moments have a decent groove or arrangement going. The original Roland MC-303 came packed with sounds from all of Roland’s prior successful synths and drum machines, featuring the TR-808, TR-909 and TB-303 – although not accurate emulation, the sheer amount of sounds made up for it.

Roland have just unveiled their new line of Grooveboxes, made for the more modern music producer. The all new Roland MC-707 and MC-101 Grooveboxes are equipped with Roland’s latest sound engine, and feature all of the legendary sounds of the golden era and a variety of more modern sounds and features. The new Roland MC-707 and MC-101 Grooveboxes feature USB capabilities, allowing you to send MIDI and audio to and from the units.

The difference between both models…

The new Roland MC-707 is equipped with eight individual tracks that can sequence internal or external gear.  It features a stereo mix output as well as a pair of assignable outputs, the Roland MC- 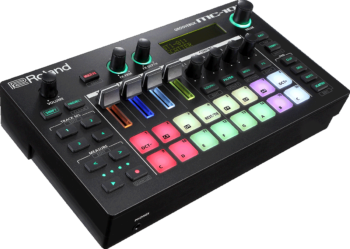 707 also features effects send and return. The intuitive display makes fine-tuning and arranging on the new generation of MC grooveboxes so much easier. The system features several macro controls which link to parameters displayed on the screen, and new modern LED backlit pads for displaying scales, sequences and other useful feedback.

The MC-101 is the more compact version of the MC-707. Its battery powered and features four tracks for sequencing and recording. It’s incredibly straightforward, and a fantastic addition to your rig for live performance or studio use. It features wide effects capabilities and an incredibly deep sampler.