The Roland FANTOM synth series has been updated Version 2.0 the tech giant have announced. 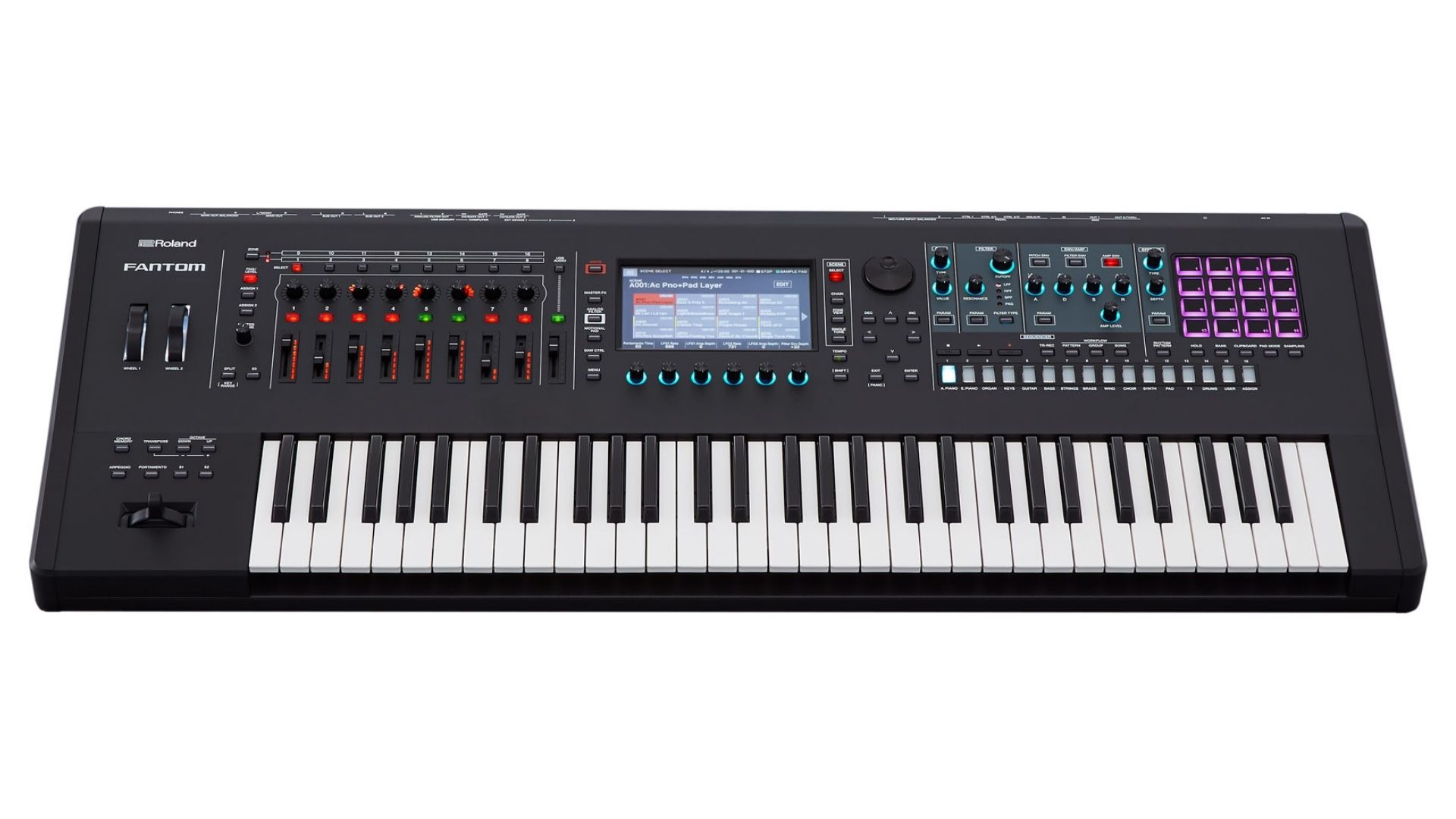 This applies to the Roland FANTOM 6, 7, and 8 synthesisers.

Leveraging the deep, expandable power of the ZEN-Core Synthesis System at the heart of the FANTOM series, this free, user-installable update delivers major enhancements to the sampling, sequencing, effects, and routing capabilities, while also providing new customization options for live performance and studio production.

Introduced in 2019, FANTOM is a next-generation creative hub where users can pull together all the sounds and inspiration around them into one music production environment.

The FANTOM sampling engine gets a significant overhaul in Version 2.0.

Users now have the ability to sample directly to the keyboard or build detailed multisamples, which can be edited onboard and used as the basis of any oscillator/partial in a ZEN-Core tone. With up to 352 samples per tone and 16 tones in a Scene, the sound design potential is vast.

Version 2.0 also brings a TFX (total effects) processor to FANTOM’s master section, complementing the existing master compressor and EQ. The TFX processor introduces deep sound-shaping power with 90 different effects that can be applied to the master output. Numerous audio routing features have also been added, including the ability to apply effects to audio input sources and sample the results.

FANTOM features a colour touchscreen interface, and the sequencing enhancements in Version 2.0 take even greater advantage of this powerful tool. Users can now draw and edit automation using multiple gestures, while the new microscope mode lets them fine-tune every note to perfection.

Each of FANTOM’s 16 zones can already be assigned to an internal sound or an external input like a software synthesizer. With Version 2.0, internal and external sources can now be layered or split within a zone to build huge sounds and intricate performance setups. It’s also possible to transpose each zone independently and save settings in Scenes for instant recall. And the Scene Chain function has been enhanced with a list view, where users can easily swap positions and use markers to quickly jump to different sections.

Version 2.0 also brings new ways for users to customize FANTOM, including modifying the touchscreen background to match their creative environment.
Developed from the ground up for modern players, the Roland FANTOM models offer exceptional playability and aftertouch support with Roland’s best keyboards ever, including the acclaimed PHA-50 on the 88-key FANTOM 8 and a semi-weighted action on the 76-key FANTOM 7 and 61-key FANTOM 6.

In addition to the colour touchscreen, there are plenty of knobs and sliders for intuitive and immediate control, plus a dedicated synthesizer section with oscillator, filter, and envelope controls.