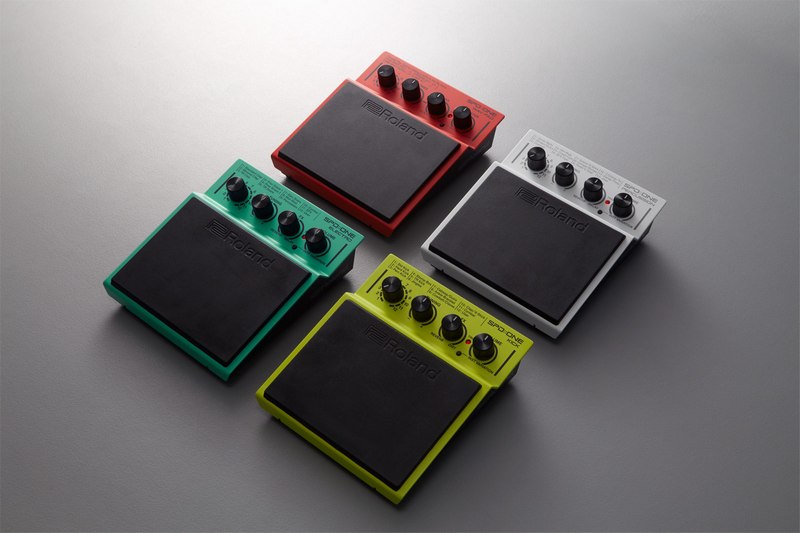 The SPD::ONE series consists of four standalone electronic pads which can be played with drumsticks, hands or feet.

Each instrument includes its own set of built-in sounds, an option to import one’s own samples and a range of intuitive, simple to use controls.

Naturally drummers will look at the SPD::ONE pads as a handy add-on to their kits for some alternative sounds but to be fair there are several choices on the market already in use.

Each pad has USB-MIDI for recording and triggering of sounds and can run on batteries or external power supply.

Here’s a brief breakdown of each of the 4 pads… 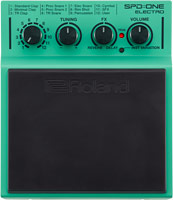 The Electro contains 22 iconic sounds, including snares, hand claps, electronic cowbells, plus you can import your own original audio data into one of the 12 internal sound banks.

Notably the included sounds include some derived from the legendary TR-808 and TR-909.

The SPD::ONE ELECTRO has a robust-yet-sensitive pad which can be played with sticks, hands, or feet, and the trigger threshold settings are easily adjusted with intuitive controls. 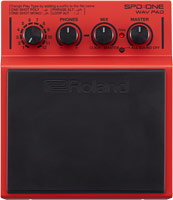 The WAV pad will bring out the sampler in you. With 4GB onboard memory you can import samples, click tracks or even entire backing tracks.

Importing audio files is as simple as connecting the SPD::ONE WAV PAD to a PC or Mac and dragging your WAV files into the drive that appears.

Whether you need full-length backing tracks or one-shot samples, your sounds can be loaded and played in seconds. 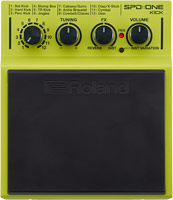 The KICK pad is ideal for one man bands and particularly suitable for guitarists. Featuring  22 internal sounds, including a variety of kick drums and stomp box sounds, the SPD-1K is great for playing by foot.

Included samples are kick drums, stomp box, shakers, cowbells, and more, and you can import your own original audio data into one of the 12 internal sound banks.

It’s the simplest way for a guitarist to add 4-to-the-floor beats to one’s compositions. 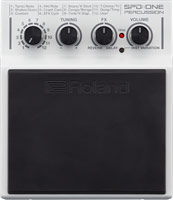 Just like the KICK is designed for playing with one’s foot, the Percussion Pad is great for playing by hand although you can use feet or drumsticks too.

You can also import your own audio to one of the 12 sound banks.