The Roland A88 MKII is here and it improves on several features from the original, most notably MIDI 2.0. 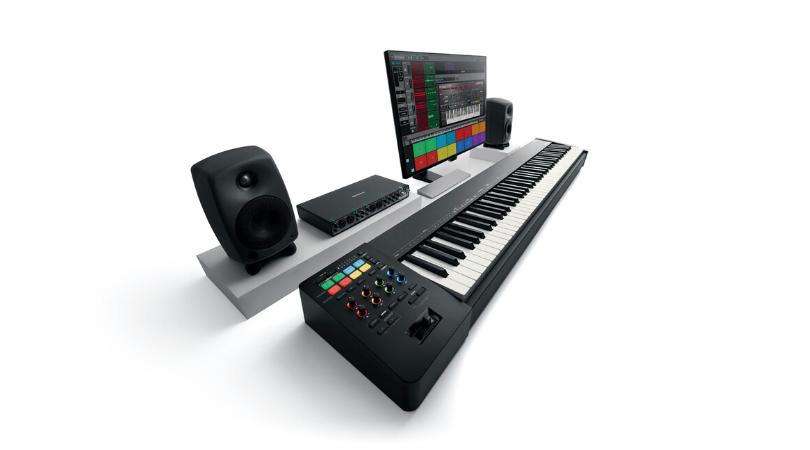 The next generation Roland 88-key weighted hammer-action MIDI keyboard is here, and it’s ready for the next big leap in MIDI technology – with MIDI 2.0 support.

Roland has a long history with developments in the MIDI sector, being one of the founding companies behind the original concept of MIDI back in the 80s.

It makes sense that they’re one of the first to offer a fully-fledged weighted MIDI controller that is ready for the big MIDI 2.0 jump.

The new Roland A88 MKII sees major upgrades to the build quality and overall aesthetics, there’s full RGB-lit control, all the pads and knobs – to make for intuitive control.

The keyboard also comes with dedicated control software allowing for deep control and setup of the keyboard.

What is the biggest difference between regular MIDI and MIDI 2.0, and why is it important in this case? 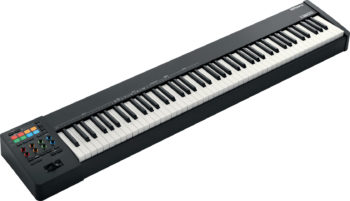 The major updates coming to MIDI 2.0 is a higher resolution control message, about four times the resolution of MIDI 1.0 to be exact.

This is important because the whole idea behind the new Roland A88 MKII is a more accurate playing experience than before. So it’s got the ability to recreate incredibly realistic velocity differences on keystrokes or incredibly fine adjustments on a knob.

The keyboard also has a built-in arpeggiator and supports up to three different zones to trigger multiple destinations using different octaves on the keyboard.

It can be powered via USB or DC power, which also means that it can be used without a computer and specific software running.

For more information check out the Roland website here.