The new Rob Papen Vecto synth was popular as a Reason Rack Extension, well now it’s available for other DAWs. 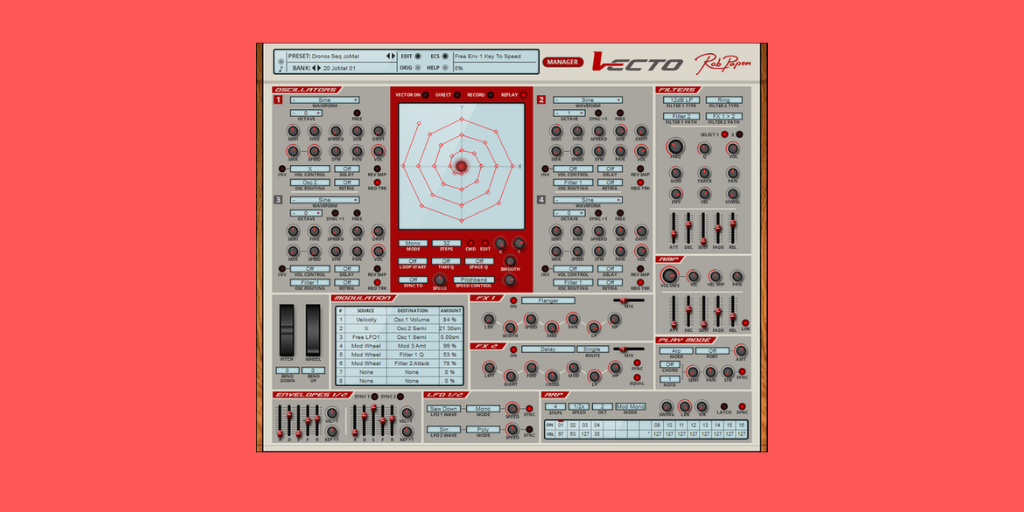 The Rob Papen Vecto softsynth was originally created for the Reason Rack Extension platform, now launched for all DAWs that support VST, AU and AAX plugins. The new softsynth is built around four oscillators and a X/Y interface for morphing between oscillators and various other modulation capabilities. Similar to some of Rob Papen’s previous plugins, you have the ability to record movement on the X/Y interface and replay it at various speeds. This is a great feature for creating pads, soundscapes and ambient textures.

How Papen Vecto different to his previous softsynths?

Rob Papen’s synthesizers, generally have a standard approach to the user interface, although the sound engine behind them is unique. His popular plugins such as Predator were very popular for more energetic and aggressive genres, where the new Rob Papen Vecto excels for ambient and soundscapes, classic synths sounds and pads.

Rob Papen Vecto is set to retail at USD $99 (Around R1400) however they’re running an introductory special for USD $79 (Around R1100), the plugin is compatible with Windows and Mac and comes as a VST, AU and AAX format. For more information check out the Time+Space webstore.

Rob Papen Vecto has also been added to the Rob Papen Explorer 5 bundle which now consists of 20 plugins (13 synths and 7 effects), the bundle goes for USD $499 (Around R7000).